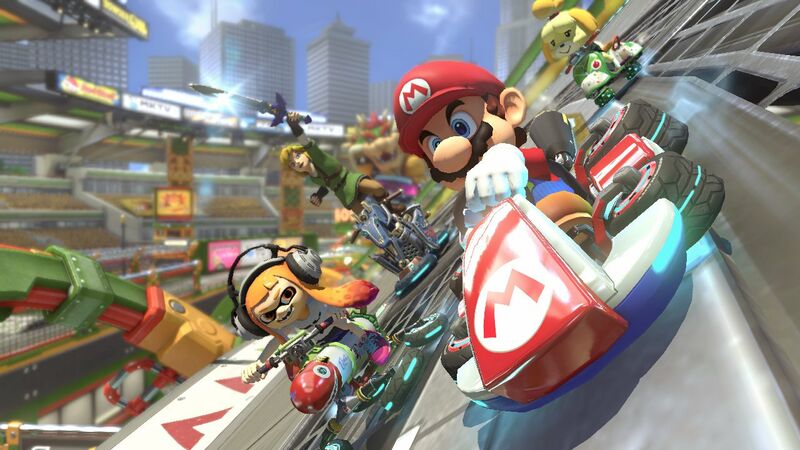 4.3
With new Mario Kart 8 Deluxe DLC courses now confirmed after Nintendo revealed the next tracks coming to the Nintendo Switch game, a past leak which supposedly revealed all of Nintendo's plans for the Booster Course Pass is looking more and more accurate now. While this doesn't mean that players will be able to accurately guess which courses, specifically, might be added to the game in the next wave of DLC, it means we might have a better idea of which platforms or games the future DLC tracks will stem from.

Wave 2 of Mario Kart 8 Deluxe DLC courses include tracks like New York Minute, Kalimari Desert, Sky-High Sundae, and more. Those names should all be recognizable to those who've frequented Mario Kart games over the years and across different platforms, but what we're more interested in this time is the games from which those tracks originated.

Here is a showcase of all the cups with potential prefixes. We have not confirmed if it is grabbing this information from garbage data. pic.twitter.com/3yW46Ms1D5


That's because all of the tracks confirmed recently line up perfectly with what Twitter user Fishguy6564 shared with the public after Wave 1 dropped. The leak from earlier in the year didn't show the courses that'd be in each future Cup, but it did show the Cups along with placeholder slots for the associated courses which included tags for the games the courses would come from. The tags for the Turnip Cup and the Propeller Cup listed in that leak lined up perfectly with the newly revealed courses in Wave 2.

By that logic, it means that we can look at the leaked Cups in the video above – the Rock Cup, Moon Cup, Fruit Cup, and so on – to see which games the future courses will pull from. The Rock Cup is supposed to have one each from Mario Kart Tour, the Nintendo DS, the Game Boy Advance, and the Nintendo 3DS, for example.

Is it the best or most revealing leak we've seen? Not by a longshot, but considering how the DLC for Mario Kart 8 Deluxe is going to continue from now until the end of 2023, it's something to leave players with guesses about what's to come.

Keep those Mario Kart's rolling out

Eventually I will need to play more when I get the time.