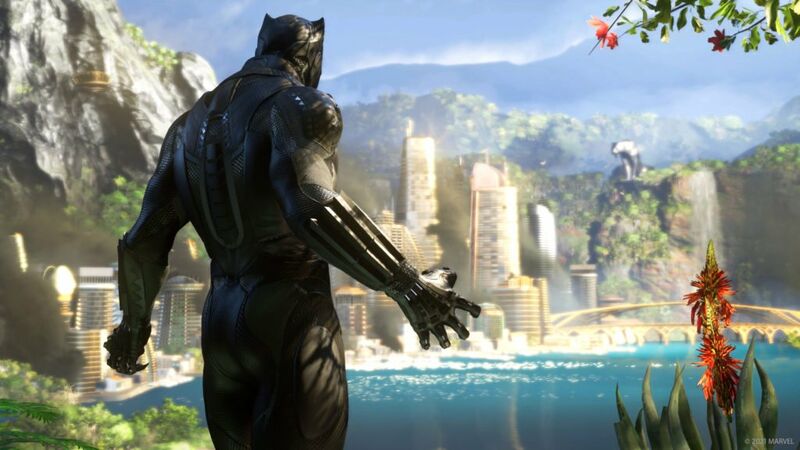 According to Giant Bomb, the title is in the early stages of development and is “very likely” being produced at a recently established EA studio headed by former Monolith Productions boss Kevin Stephens.

“It is a single-player game, it is in very early development, and the game starts with Black Panther being dead,” reporter Geoff Grubb said during a podcast on Monday.

“The player is going to take on the challenges of becoming the new Black Panther and that seems to be the set-up for the game.”

Grubb said many of the details he has on the game are taken from the pitch for the title.

The game is reportedly known as ‘Project Rainier’, which Grubb believes refers to Mount Rainier in Seattle, where EA’s new studio is based.

“They’re looking at making this a big open-world Black Panther game,” he said.

EA announced last May that former Monolith Productions studio head Kevin Stephens had joined the company to lead a new studio which would focus on the development of open-world action-adventure games.

EA senior VP and group GM Samantha Ryan, who worked with Stephens when she was president of Monolith and later SVP of production and development at Warner Bros. Interactive Entertainment, wouldn’t say whether the new outfit would work on original IP or existing brands, but told GamesIndustry.biz that more information about the studio would be shared later in 2021.

“The action-adventure space is a hugely important genre in our industry, and to us at EA,” she said. “Players and fans of those games are so passionate and it’s also one of my personal favourite genres. We’ve also recently had success with Star Wars Jedi: Fallen Order, and we would love to entertain more fans with similar interests.”

EA announced Jedi: Fallen Order sequel Star Wars Jedi: Survivor with a teaser trailer in May. Developed by Respawn, the third person, narrative-driven action-adventure title is due for release in 2023 for PS5, Xbox Series X/S and PC.

I think this would be cool to check more into.

I would definitely check this game out