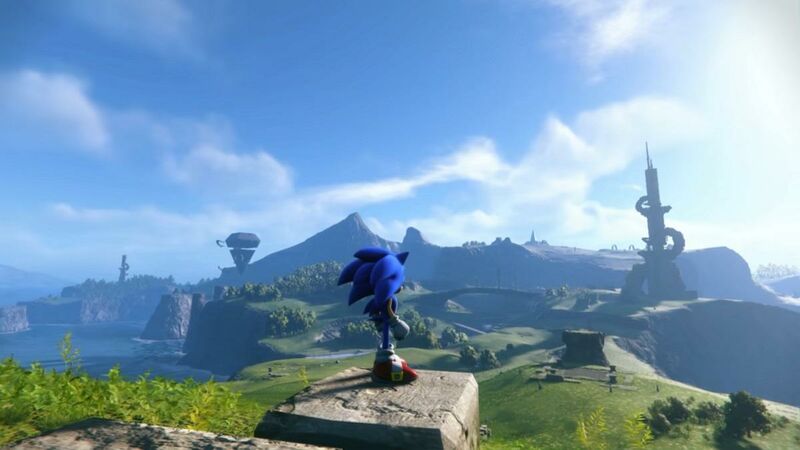 4
It looks like Sega could be removing a rather controversial feature from its upcoming release of Sonic Frontiers. In a general sense, there's still not a ton that we know about the latest entry in the Sonic the Hedgehog series. Although some gameplay footage for the project has been shown in recent months, Sega has still been pretty quiet about the game overall and the surprises it will have in store. Luckily, for those looking to play Sonic Frontiers on PC, it looks like one pesky feature may not be included.

As noted on SteamDB, which is a site that tracks backend functions with Valve's Steam platform, the PC version of Sonic Frontiers seems to no longer be including Denuvo. If you're not familiar with what Denuvo is, in short, it's anti-cheat and piracy software that publishers often include in PC releases to protect them from hackers. And while nothing about Denuvo at a baseline level is all that controversial, it has started to draw criticism in recent years because of how its inclusion affects games. Specifically, Denuvo has been cited in the past as a key factor that leads to slowdown and performance problems with various PC titles.

Essentially, if Denuvo isn't being included in the PC version of Sonic Frontiers, it means that the game should potentially perform that much better at launch. Given how fast-paced Sonic the Hedgehog games often are, this would be a big boost to the game and would surely make it that much better in the eyes of fans. That being said, there is always the chance that Denuvo could still be included in this Steam iteration of Sonic Frontiers, so don't take this leak as the complete truth just yet.

At the time of this writing, Sonic Frontiers still doesn't have a specific launch date but it's set to arrive sometime this holiday season. When it does release, it will be coming to PlayStation, Xbox, and Nintendo Switch platforms in addition to PC.

So they are moving the feature because of the snowflakes out there?

So it won't make or break the game. Just another solid sonic game