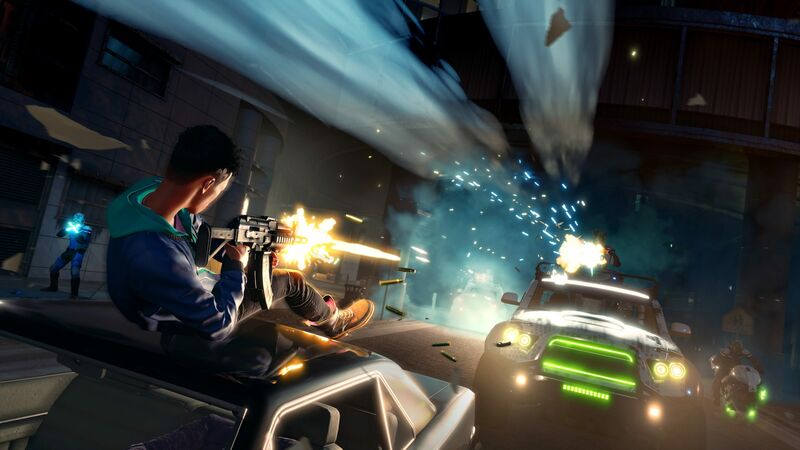 4
Volition’s Saints Row reboot recently went gold and is set for release next month. In the meantime, various publications have shared previews for the title, revealing some new details like all the crazy shenanigans one can get up to co-op.

But be careful if you’re looking to play with friends on other platforms. A Deep Silver representative recently confirmed to GamesRadar that cross-platform play was not supported, though cross-gen play is possible. “So Xbox One to Xbox Series X/S co-op is doable, and PS4 to PS5 is too – but not cross-console play.”

Does this mean PC players can’t co-op with console players? Can they matchmake with Google Stadia players? This has yet to be confirmed so stay tuned for more details on the same.

Co-op is worth trying out though. It supports two players with drop-in and drop-out functionality with the entire campaign being playable. Furthermore, you can bring your version of the Boss along for the ride, showing off your customization and swag to friends.

They need to make those cross play platform based.

We want our games to be cross platform play ffs


oh ya man to fun, one was good to but the 2nd was the best

This is a great reason to not even purchase the games..