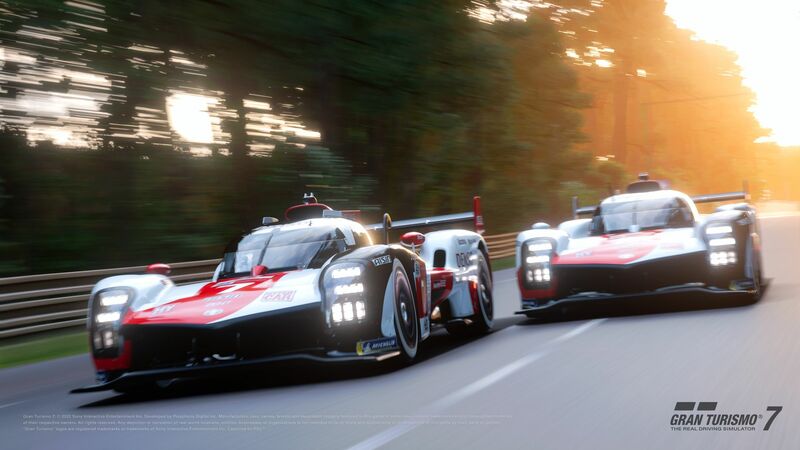 The game’s producer Kazunori Yamauchi teased the DLC on Friday, saying the “update is coming next week.”

The message was accompanied by an image showing the silhouettes of the three cars.

Gran Turismo news site GTPlanet may have identified the three cars. It believes the one on the right side of the image is the 1982/3 Nissan Skyline Super Silhouette.

The car at the top centre appears to be the Maserati A6GCS Spider. It’s less certain about the one on the left but thinks it could be the Porsche 918 Spyder.

The most recent Gran Turismo 7 update was released earlier this month, fixing a cloud save issue and several bugs.

Sony recently announced that a Gran Turismo movie will be released next year.

Deadline reports that the film, simply titled Gran Turismo, currently has a release date of August 11, 2023.

Neill Blomkamp (Demonic, Chappie, Elysium, District 9) is set to direct the film, which will be produced by Sony’s Columbia Pictures studio.

The screenplay has been written by Jason Hall, who previously wrote American Sniper and Thank You for Your Service.

And update is coming next week.
そして、来週、アップデート来ます。 #GT7 #GranTurismo7 pic.twitter.com/VFqkolAxf3

Never to my liking

Should let this franchise and Forza die out ffs

Do not like these games but still better than forza ! Lol