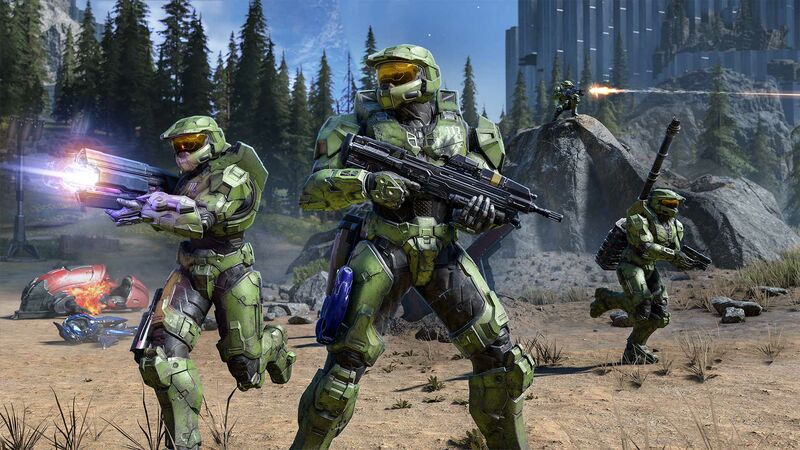 3.5
Long-time Halo art director Nicolas Bouvier, known as Sparth online, is leaving developer 343 Industries and the Microsoft bubble as a whole after 14 years with the FPS icon.

Bouvier announced his departure this week. "All good things come to an end," he said on Twitter(opens in new tab). "After close to 14 years on Halo, I have decided to pursue other opportunities outside Microsoft and 343 Industries. It's been a hell of a ride, loved every minute of it. Wishing the absolute best to 343, you guys are and always will be amazing."

Bouvier hasn't hinted at where these other opportunities will take him, but we can reasonably assume he'll be in another artistic role at his new home. As his 2018 343 Industries employee profile(opens in new tab) shows, he jokes that he was only good at drawing as a kid and consequently stuck with art since he was five, going on to study at Paris, France's ENSAD (Ecole Nationale Superieure des Arts Decoratifs).

After joining 343 Industries in 2008, Bouvier worked on concept art for Halo 4 – described by 343 as a "blend of dizzying, imaginative vistas, and a loose, almost impressionist style of painting" – and served as art director on Halo 5: Guardians. He was most recently art director of Halo Infinite, and also contributed covers and illustrations of multiple Halo novel and comic adaptations.

While Halo Infinite's multiplayer component is still evolving, its world and campaign – which were Bouvier's priority – are essentially done. All we're waiting on at this point is full-fat campaign co-op, which got its first gameplay footage on the heels of its recent beta launch.

"Halo art director is leaving the series and Microsoft after 14 years" :: Login/Create an Account :: 3 comments

Well, in all fairness, the director did let the game slip in his last years

I'm saddened this has to happen

14 years wow, hopefully they dont change up to much after hes gone