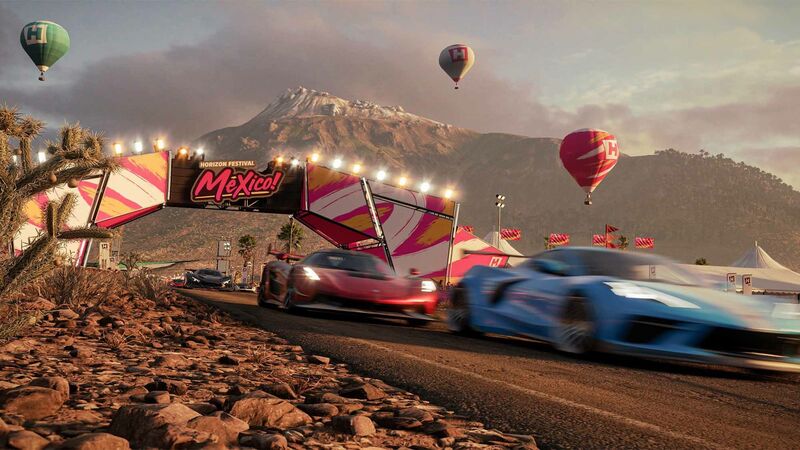 4.7
Prior to its release in the coming days, Playground Games has revealed the world map for the forthcoming Hot Wheels expansion in Forza Horizon 5. In a general sense, the Forza series has collaborated with Hot Wheels in the past, so this crossover isn't all that new. However, now that we've been given a look at the overworld map with Forza Horizon 5, it seems like this expansion is going to take things to an entirely new level.

Unveiled via the official Forza Horizon Twitter account, Playground Games gave eager fans a top-down view of the map for this Hot Wheels add-on. In a general sense, the map contains three distinct biomes, all of which are interconnected by the iconic orange tracks that stem from Hot Wheels. Perhaps the most surprising thing to a number of fans in response to this revelation came with the sheer size of the map. While it remains to be seen if this world is just as massive in-game, this image makes it seem like there will be hours upon hours of content in the Hot Wheels expansion.

This new Hot Wheels expansion for Forza Horizon 5 is set to go live later this week on July 19th and will be available across Xbox One, Xbox Series X, and PC platforms. In addition, those subscribed to Xbox Game Pass will be able to play the DLC for themselves without having to spend any extra money.

Why are they still making things for this boring game?

These games are crap in my opinion