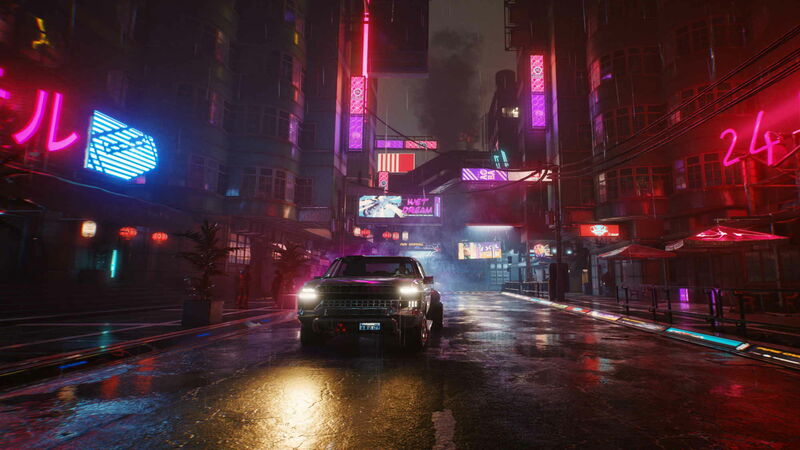 3.7
Even though it sold quite well, it looks like the shortcomings of Cyberpunk 2077 at release have now drastically hurt the overall value of publisher CD Projekt. Prior to the launch of Cyberpunk 2077 back in 2020, CD Projekt was considered the most valuable gaming company in Europe. And while it seemed like the sky was the limit for the studio behind The Witcher 3, the company's most recent release seems to have done more harm than good.

According to Business Insider Poland, the overall value of CD Projekt has dipped by 75% since the release of Cyberpunk 2077. Prior to the game's arrival, CD Projekt was said to be worth 40 billion Polish złoty. Today, it's only said to be valued at 10 billion złoty. Despite selling millions upon millions of copies, it seems the only reason for the publisher's value to have dropped in this manner is due to the blowback that it got when Cyberpunk 2077 launched in an incredibly poor state at the end of 2020.

What's perhaps most baffling about this is that CD Projekt supposedly isn't even the biggest gaming company in its own country when looking purely at the estimated value. Techland, which is the company behind Dying Light 2, is now the biggest gaming studio in Poland at a value of roughly 10.6 billion złoty.

In the long run, there's a good chance that CD Projekt will end up being fine. It has already been confirmed that the next mainline game in The Witcher franchise is now in the works at CD Projekt Red. And assuming that this game doesn't end up releasing in a rough state like Cyberpunk 2077, it stands to reason that it should find massive success whenever it comes about. Still, it cannot be understated just how much Cyberpunk 2077 hurt CD Projekt as a company. The game's release surely continues to be a cautionary tale to other publishers that are looking to rush their games out before they're truly ready to be played.

"Cyberpunk 2077 Seems to Have Drastically Hurt the Value of CD Projekt" :: Login/Create an Account :: 2 comments

Took them ages to release it, and when they did, it needed so many updates

We'll yeah the game was a mess