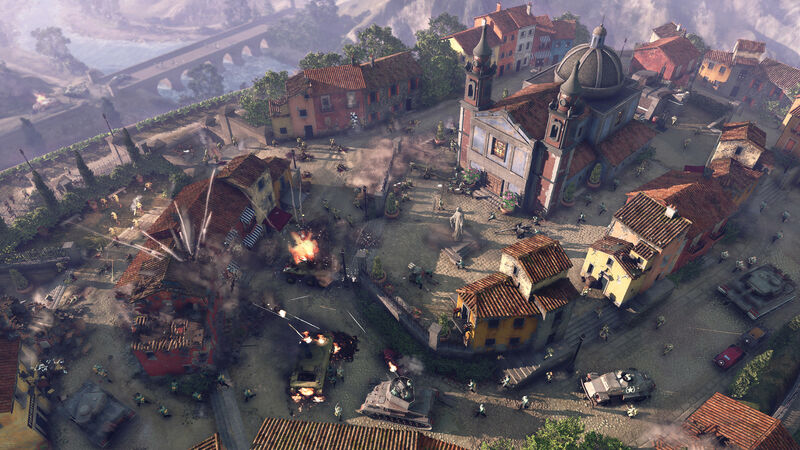 3.7
Company of Heroes 3 system requirements have arrived ahead of its launch later this year, giving you plenty of time to get your gaming PC ready for the WWII strategy game. While the barrier to entry isn’t too high, some older systems may need an upgrade or two to get the RTS game running.

In order to meet the Company of Heroes 3 system requirements, you’ll need either an Nvidia GeForce GTX 950 or AMD Radeon R9 370 GPU, but developer Relic Entertainment recommends using something that’s at least as powerful as a GTX 1660 or RX 5600. Unfortunately, there’s currently no word on whether the game will boast features supported by the best graphics cards like AMD FSR, Nvidia DLSS, or ray tracing.

Cores are king when it comes to finding the best gaming CPU for Company of Heroes 3, with the game running fine on four but best on eight, combined with a 3.0GHz or higher clock speed. Don’t forget to pair your processor with at least 8GB of gaming RAM too, stretching to 16GB if you can, alongside 40GB of space on your SSD.

Here are the Company of Heroes 3 system requirements:

The Company of Heroes 3 release date is fast approaching, so make your system is up to snuff with the right hardware to get the game up and running. Upgrading your rig with the best SSD for gaming is one of the easiest ways to improve its responsiveness and should make load times faster too.

decent enough requirements for the game

not to bad of requirements for most at least