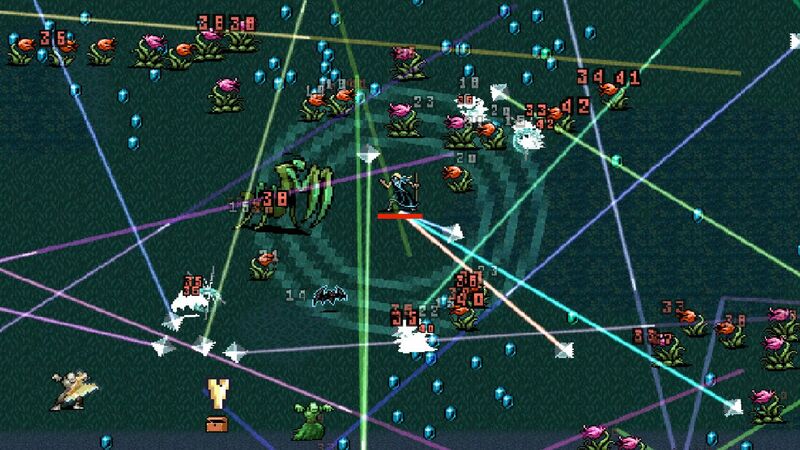 3.3
The popular PC video game Vampire Survivors has released a new patch that adds a number of different updates and fixes to the Early Access video game. That includes, but is not limited to, a new version of the video game's final stage that includes a villainous boss to take on. Beyond that, there are new arcana, achievements, relics, and more.


You can check out the full patch notes for Vampire Survivors Patch 0.8.0: The Winged One, straight from the source, below:

Extra (not present on the roadmap):
1 minor relic to view enemies data from the main menu (the list is largely incomplete and will be updated with more data and details as we get closer to v1.0). Can be found in Dairy Plant.

Tweaks:
Updated some graphics
Added a visual indicator of how many skins are available per character
Added option to always pick Coin Bag or Floor Chicken when leveling up after maxing out all weapons (unlocks automatically after playing long enough)
Added visual reminders for Banished items
Obtained unlocks can be filtered out from the list
Crimson Shroud's retaliation damage now heavily damages some special enemies

Games like this are always hard asf to play, but always enjoyable