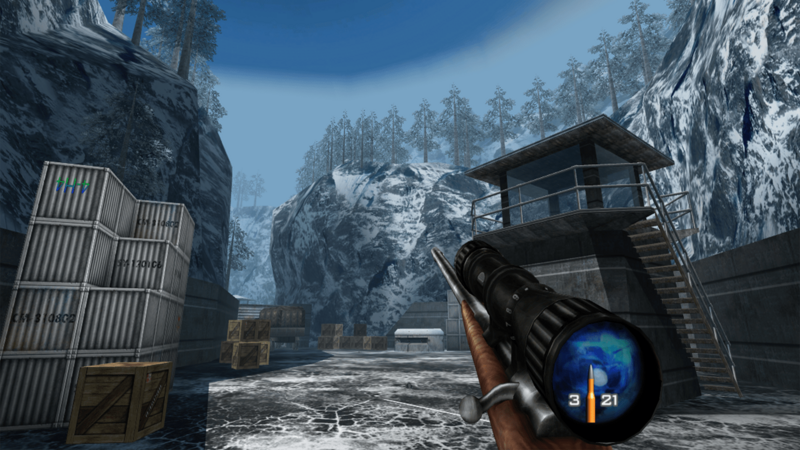 4.3
A new report has now given us a better idea of why the much-leaked remaster of the classic shooter GoldenEye 007 has yet to be announced. Throughout all of 2022, numerous leaks and reports have pointed to the fact that GoldenEye 007 will soon be getting re-released for modern platforms. And while we still don't know when this arrival will be happening, it now seems like we know why the reveal is being withheld.

According to journalist Jeff Grubb, the reason why we still haven't heard about the remaster of GoldenEye 007 is due to the ongoing war in Ukraine. Because of this, Grubb says that the game has been "in limbo," which explains why a formal announcement hasn't come about just yet. Clearly, whoever happens to be publishing this remaster is looking to wait for a better time to do so to not be insensitive to real-world matters.

For those who forget (or have instead never played the game), many of the larger plot beats in GoldenEye 007 directly involve the Russian government. In fact, a number of the game's levels also happen to take place within the former Soviet Union. With this in mind, the subject matter of GoldenEye 007 is more relevant in 2022 than it would have been in past years, which means that the game's release takes more careful consideration.

Assuming that Nintendo is involved with this new release of GoldenEye 007, we've already seen the Japanese publisher delay some of its other titles this year to not be insensitive to what is transpiring in Ukraine. The new Advance Wars collection for Nintendo Switch, in particular, was poised to release in the first half of 2022. However, Nintendo ended up delaying the title indefinitely, and it still doesn't have a launch window. It remains to be seen what happens with this remaster of GoldenEye 007, but we could definitely be waiting longer than previously expected to see the game unveiled.

If/When it does get release, I hope they release it on all platforms

Legendary game, and I didn't know if was being remastered.

Hope they reveal it soon

Didn't really play these much back then