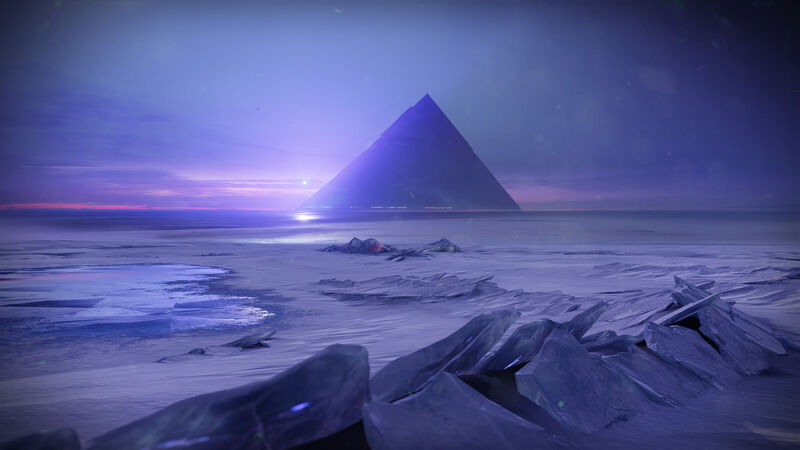 4
Destiny 2 players have known for some time that the current story would eventually come to an end. Leaks also came out regarding Bungie's next game, a new IP named Matter, believed to release around 2025 some time ago. How and when Destiny 2 would end and what would come after for the franchise has always been a mystery, though. A recently posted job listing for Bungie may assuage some Destiny fan worries, as the listing states that Bungie has plans for the Destiny universe for "decades" going forward.

The job listing shared this past week by Bungie is for a Destiny Narrative Director, as first reported by TheGamePost, a key role overseeing the Destiny universe's narrative across many groups and projects. In the description for the Destiny Narrative Director, Bungie states that the position's task is aligning narrative leadership around the "future vision" for the Destiny universe. And more interestingly, to establish "stakes in the ground" for Destiny fans to "enjoy for decades to come."

The key language here is certainly the use of the word "decades," as it comes off as a clear commitment from Bungie to continue delivering content for a very long time. What's also important is that the job description uses the generalized brand name Destiny and doesn't mention Destiny 2 at all. In other words, Destiny 2's future remains ambiguous. It's the Destiny universe and not necessarily any single product that will continue on that Bungie sees expanding going forward. 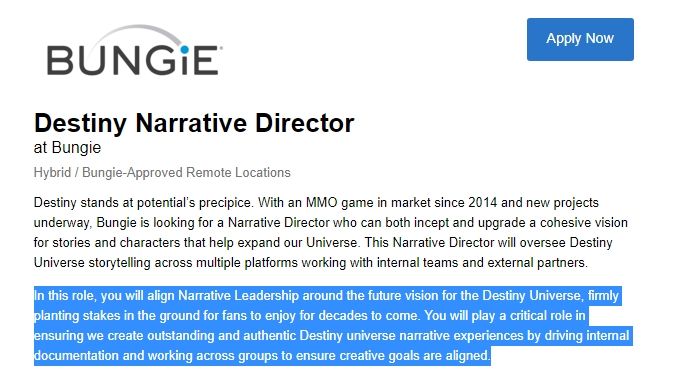 It's perhaps a coincidence that this past week another news story broke regarding Bungie partnering with NetEase to create a new Destiny shooter for mobile platforms. NetEase is best known for games like Marvel Duel and Diablo Immortal, as well as upcoming licensed mobile games The Lord of the Rings: Rise to War and Harry Potter: Magic Awakened. Destiny fans may not be happy with that direction, but it would undeniably mean the Destiny universe is moving forward.

Destiny 2 isn't going anywhere, of course. The Witch Queen expansion continues to receive seasonal support since its release in February. There are also reports of two more planned expansions for Destiny 2 before Matter's rumored 2025 release window. Lightfall will come in 2023 and 2024's expansion is rumored to be named The Final Shape.

If reporting surrounding Bungie and the Destiny franchise is accurate, Destiny 2 will continue to be robustly supported into 2025. NetEase's Destiny mobile game will launch between now and then, too. This new Destiny Narrative Director will likely work with Bungie, NetEase, and other partners to ensure the franchise's universe is well maintained. Bungie will still likely shift focus to Matter, with Destiny's Light and Darkness Saga having ended. But that doesn't mean Destiny won't be there waiting for other opportunities in the "decades" to come.

"Bungie Has Decade-Long Plans for After Destiny 2's Light and Darkness" :: Login/Create an Account :: 2 comments

Best of luck on this one

Yeah well this is their new Halo. Duh