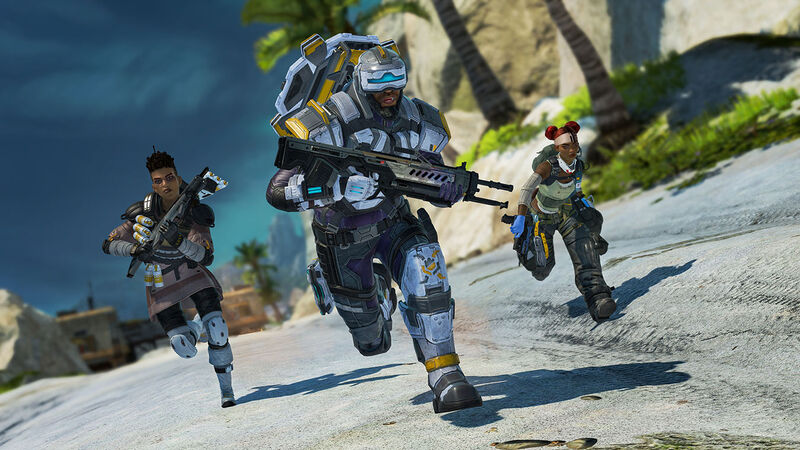 4.7
Respawn Entertainment's popular battle royale title, Apex Legends, may be expanding outside the multiplayer realm. A recent job posting on the developer's site is seemingly looking to recruit talent for a new title set in the same universe of Apex Legends.

Since the surprise launch of Apex Legends back in 2019, Respawn Entertainment has done extremely well building the stories of the Legends. Each new season brings players a "Stories from the Outlands" cinematic that dives deep into the lore of the characters such as explaining how Ash is directly related to the beloved Titanfall 2. Fan reception to these stories has positively increased with each new story, so it only makes sense that Respawn would want to fully commit to a single-player experience to expand on the already laid out groundwork.

According to the job posting on Respawn's site, the team is searching for a "Senior Engine/Systems Engineer - C++ -" for an "Apex Universe FPS Incubation Project." While not much information is gained from the job posting, it does point to whoever is hired will be working with other members of the team to assist with "collision, physics, audio, low-level OS and hardware support." Aside from the position in question, another listing directly states that this project is a new single-player adventure.

Fans of Respawn Entertainment know what the veteran studio is capable of. Originally starting off on Call of Duty, the studio has significantly expanded its portfolio to work on other FPS titles with compelling stories such as Medal of Honor: Above and Beyond as well as Titanfall. 2019's Star Wars Jedi: Fallen Order wasn't a perfect narrative experience, but it put the team at Respawn on the map as a studio capable of delivering a fully fleshed-out single-player experience free from multiplayer components.

With Apex Legends doing well with the characters and their backstories such as Bangalore's "The Williams Sendoff", this potential offering could do wonders as far as exploring more into the game's connection in the Titanfall universe. While no official announcements have been made, an interesting story angle to tackle would be connecting Apex Legends, Apex Legends Mobile, and the beloved Titanfall series.

It will probably be some time before this title is officially announced as Respawn has its plate full between the upcoming sequel to Star Wars Jedi: Fallen Order and maintaining Apex Legends with consistent updates. With fans calling for players to boycott the battle royale in a movement called "No Apex August", how the next few months go for Respawn will be interesting to see.

Would love to play a single player apex legends game

May be good or the complete opposite