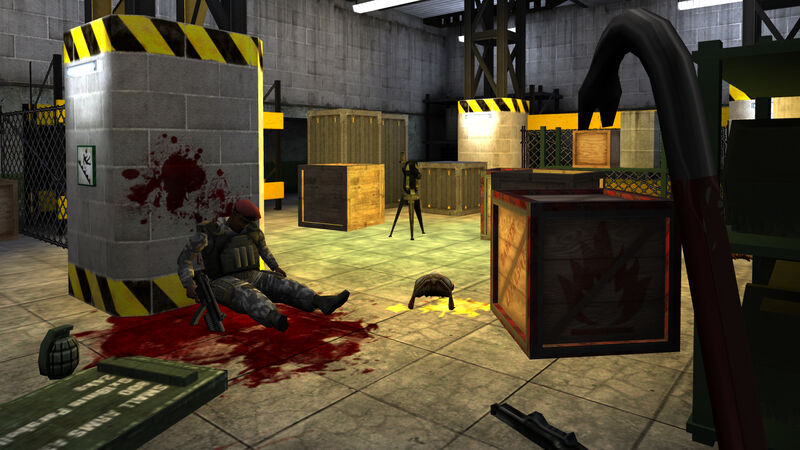 3.7
Black Mesa, an extensive remake of the original Half-Life using Valve's more modern Source engine, is now getting a remake of its own, with a team of modders looking to remake (demake?) the game into Half-Life's original GoldSRC engine.

Considering Black Mesa is a remake of the first Half-Life, it at first glance seems a little pointless to convert Black Mesa back into the original Half-Life engine, mostly because that game already exists and is called… Half-Life. But that's where things get tricky. While Black Mesa is technically a remake of Half-Life, it's also much more than that. A team of dedicated modders worked on the project for nearly 15 years (it was finally "finished" in 2020) and even received Valve's official blessing. Black Mesa took Half-Life and instead of simply porting the game to a more modern engine, redesigned many of the game's levels and expanded upon it in nearly every way. Black Mesa is, for all intents and purposes, the ultimate version of Half-Life.

It's that Black Mesa--the hugely ambitious project that is in many ways more Half-Life than the original Half-Life--that is being remade into Black Mesa Classic. With that in mind, the reason for the remake starts to make more sense. Converting Black Mesa into Half-Life's original engine means players will essentially be able to experience the charm of the first Half-Life's 1998 visuals, albeit with the updated level design and other improvements made in Black Mesa.

According to the mod's Moddb page, one of the main goals of the project is to "push the limits of what's possible within the GoldSRC engine, including detailed textures and a more realistic environment." It's also to give new life to Goldsrc, with Black Mesa Classic set to serve as a new base for modding that will add new gameplay features while still keeping the "classic" feeling of Goldsrc.

The project technically started in 2019, but as PC Gamer points out, a demo of the game's first level was recently made available for players to try out (only to be quickly taken down due to a last-minute issue). Many of the updates on the mod's Moddb page urge that the project is in desperate need of programmers, modelers, mappers, and animators, and that progress has been "heavily stunted" as of late and could soon grind to a halt due to a lack of developers on the project.

That would be a shame, because Black Mesa Classic is certainly ambitious, albeit in a completely different way than Black Mesa originally was. Black Mesa Classic does not have a release date, but hopefully the demo of the game's first level will be available once again soon.

They need to remake / remaster games like Scarface and the punisher !