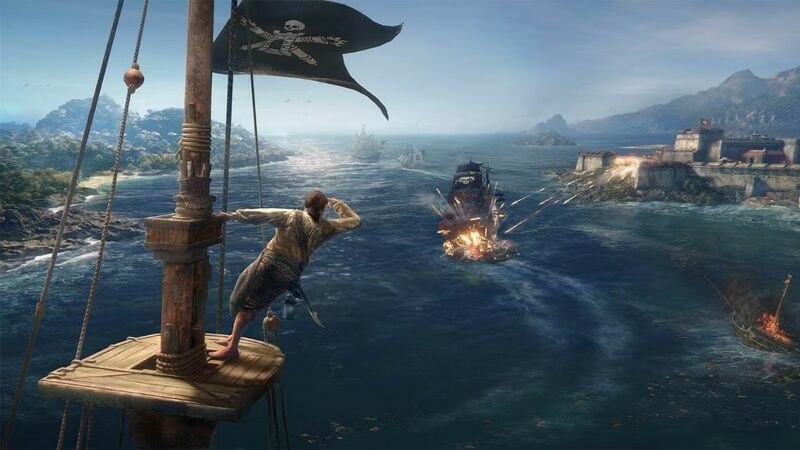 4.5
After months of rumors and reports, Ubisoft has finally revealed the release date for Skull and Bones, its oft-delayed pirate-themed video game. More specifically, Skull and Bones is now scheduled to release for the PlayStation 5, Xbox Series X|S, Google Stadia, and PC via the Epic Games Store and Ubisoft Store on November 8th. The official announcement confirms the previously leaked release date for the title.

According to the new announcement, Skull and Bones is inspired by the end of the 17th century with warring factions of ruthless pirates and powerful empires looking for power in the Indian Ocean. The open-world pirate multiplayer game puts players at the bottom rung on that ladder and tasks them with gathering resources on their way to the top.

Will you live as pawns...or die as pirates?


The way this is done is by gathering Infamy. This can be increased in a number of ways like completing contracts and attacking other ships, and the more Infamy a player has, the more different options open up for crafting and customization. That can include new armor for ships, new weapons, and more.

Additionally, it's worth noting that while it appears that Skull and Bones can be completed as a solo endeavor, what's been shown by Ubisoft so far really lends itself to multiplayer. Players can join up with up to two others on their adventures at sea and enable PVP to take on other players as well. Helpfully, Skull and Bones will feature cross-play and cross-progression across its various available platforms, so finding folks to go pirating with should be relatively painless. That said, enabling PVP when there's cross-play and cross-progression will likely be relatively painful.

As noted above, Skull and Bones is officially set to launch for the PlayStation 5, Xbox Series X, Xbox Series S, Google Stadia, and PC via the Epic Games Store and Ubisoft Store. Ubisoft has also announced that there is a multi-year post-launch plan in place for Skull and Bones, promising new free content on the regular for players.

Oh yeah, I will be set sailing on November 8th alight :pepepirate:

Love pirates. May try this and hopefully enjoy it