Nintendo Switch OLED gets a Splatoon 3 edition in August 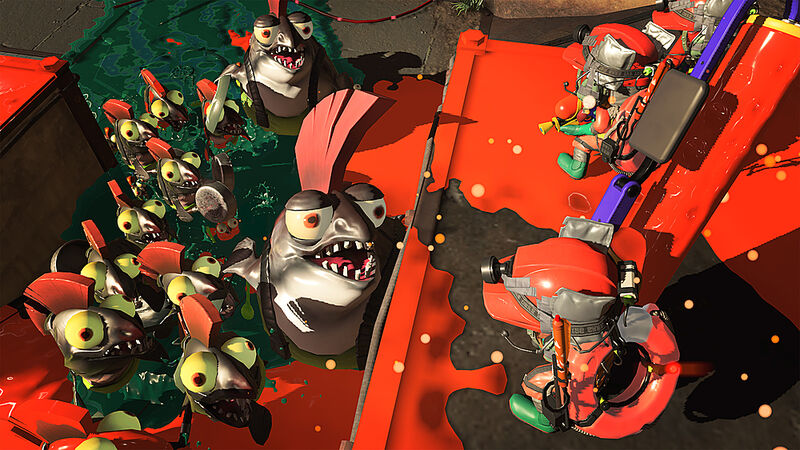 4
Splatoon 3 is getting its very own Nintendo Switch OLED model just in time for the sequel’s launch.

Earlier today, Nintendo announced(opens in new tab) that it is launching a Splatoon 3-themed Nintendo Switch OLED console. The special edition console features a set of green and purple Joy-Cons, both of which are decorated with Splatoon artwork, and a paint-splatter-stained dock to go with it. The console is set to release on August 26, 2022, just two weeks before Splatoon 3’s release date.

To match the Switch, Nintendo is also releasing a Splatoon 3-themed Nintendo Switch Pro controller which sports a slightly different, but still recognizable, yellow and blue color scheme and the same Inkling-themed artwork as well. To top it all off, you will also soon be able to get your hands on a matching Switch OLED case to store your themed console in too.


This is just one of many insights we’ve had into Splatoon 3 over the last few weeks. In fact, earlier this week we also got a brief look at one of Splatoon 3’s upcoming multiplayer maps, Mincemeat Metalworks, which will see players battle it out around an abandoned scrapyard. We’ve also seen a number of screenshots of the upcoming third-person shooter, some of which make Splatoon 3 look so much bigger than the previous games in the series.

"Nintendo Switch OLED gets a Splatoon 3 edition in August" :: Login/Create an Account :: 2 comments

WOW!! I really like their Pro controller, very nice

This is pretty cool. Nintendo ain't playing games either lol pattern for a lot recently