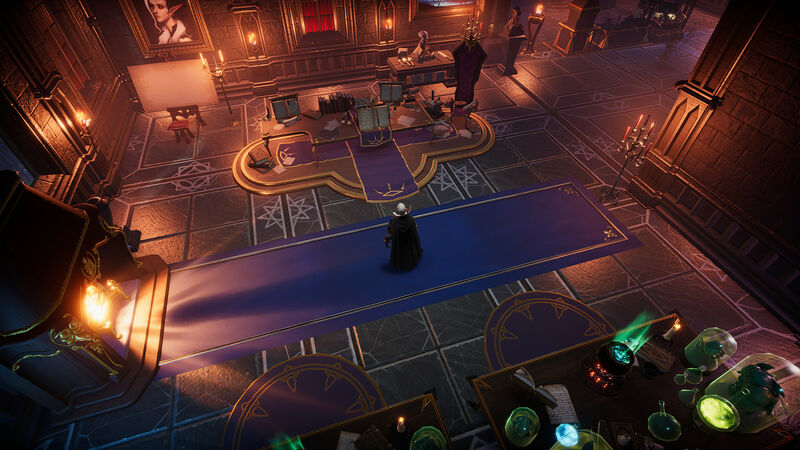 3.8
V Rising developer Stunlock Studios put out a new update this week for the game that added what the creators themselves called a "highly requested feature." That feature is server wipes, an optional addition to the game that should help keep servers fresh with new players and more things to do. Stunlock announced this feature alongside the release of a full set of patch notes detailing everything else that is changing in this update.

While server wipes were indeed the main feature of Hotfix 8 which is Patch 0.5.42553, other changes like additional settings were added, too, alongside a couple of bug fixes. Stunlock did note that this new server wipe feature only applies to new servers made freshly after this update dropped, however, so if you're part of a long-running server in the game, you won't have the option to take advantage of this unless you plan on joining a new server.

The full patch notes for the update can be seen below:

We will patch the client now, and the server version between 13:00 and 14:00 CEST. Please make sure to update the game after 14:00!https://t.co/eAWxR4asKd pic.twitter.com/lMGkZq5A1C

NEW SETTINGS
Added new ServerHostSettings for lowering FPS on servers when they are empty:
LowerFPSWhenEmpty
LowerFPSWhenEmptyValue
The default is true and with a value of 1.
Official PvP Presets now uses 1.25 BloodDrainModifier instead of 1.0+

BUG FIXES
Fixed a bug where clouds would get blurrier and start to lag over time.
DLCs now work in LAN Mode.
Fixed a rare server crash involving Directional Shields and Counters.
Fixed an issue where crashing servers would leave a growing amount of temporary data in the save folders. Such temporary data will be cleaned up with this patch.

GENERAL
The initial Server List request will now prioritize servers with players, to increase the speed at which servers are fetched.
Replaced "Activity" with "Territory" in the server list view.
Localization has been added for Spanish – Latin America, Danish, Thai, and Ukrainian.
Replaced "Days Played" with "Days Running" in the Server Details.
"Days Played" previously displayed the number of in-game days since server start, "Days Running" will now instead display the number of real-time days since server start.

They did well with the New Features and the Bug Fixes

update: this game is so AMAZING !!

never heard of this game until now, may have to DL it