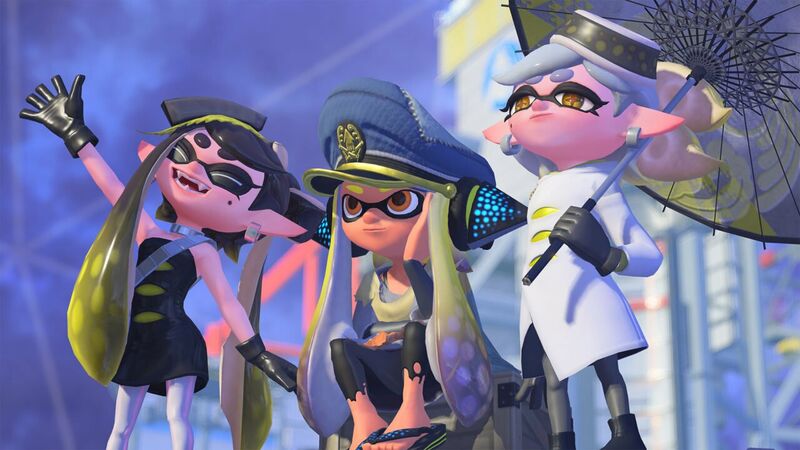 The new stage, which is titled Mincemeat Metalworks, is briefly shown off in the tweet below.

“The facility was made FROM scrap metal in order to make MORE scrap metal,” it reads. “Also, there was a sea here that evaporated. Surely unrelated to heavy industry!”

Last month Nintendo also revealed another of the game’s new maps, Undertow Spillway, which is set in an abandoned former flood bypass.

Squid Research Lab here with a meaty discovery—this is rare imagery of a new multiplayer stage: Mincemeat Metalworks! The facility was made FROM scrap metal in order to make MORE scrap metal. Also, there was a sea here that evaporated. Surely unrelated to heavy industry! pic.twitter.com/Z5RTmLMml4

Squid Research Lab reporting from Undertow Spillway, a former flood bypass that’s now used for Turf War battles! This abandoned facility is another shining example of upcycling, as the varied terrain lends itself to strategic and hard-fought skirmishes among Splatsville locals. pic.twitter.com/YmFO8fTcPX


The trailer below, which was released in April, features over three minutes of footage of Splatoon 3’s online 4-v-4 Turf War battles.

The online mode includes a mix of new and returning stages, where teams are challenged to cover the most ground in their ink.

The video shows another of the game’s new stages, Eeltail Alley, and a new weapon called the Stringer, which is a bow that shoots ink sideways and vertically.

The publisher’s next release in Xenoblade Chronicles 3. The Switch RPG sequel is set to arrive on July 29.