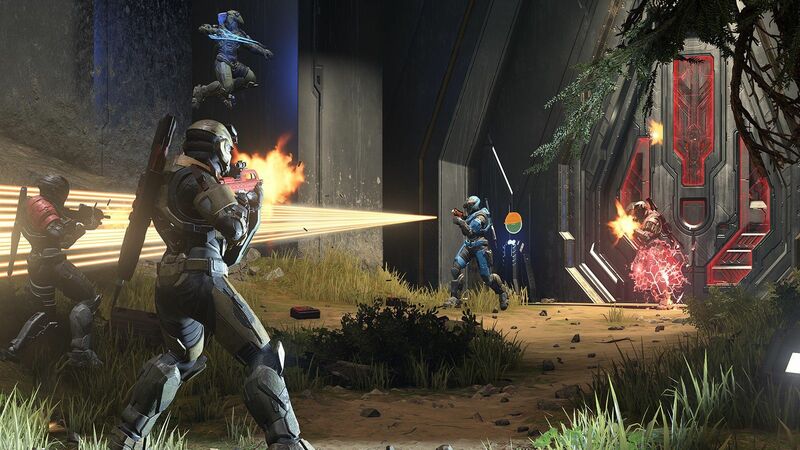 3.5
343 Industries recently brought Halo Infinite into its second season dubbed Lone Wolves, an update that brought with it tons of content and fixes. However, some Halo Infinite fans are speculating that a newer patch during Season 2 secretly made the skill-based matchmaking worse in some ways.

Several Halo Infinite fans are voicing their displeasure with the FPS in recent days and are boiling their experiences down to a secret update that dropped which made the skill-based matchmaking worse than it has been since the game was released. SBMM has been a prominent tool in many online multiplayer games on modern consoles, with Apex Legends, Call of Duty, Fortnite, and Valorant among the popular titles that have utilized it to match players of equal skill. While there are occasionally issues with the SBMM that are voiced by a game's community, it usually ensures that players aren't at a regular disadvantage, but it has seemingly been changed in Halo Infinite to be more strict than before.

Although skill-based matchmaking has been a feature in Halo Infinite's multiplayer since launch, these fans point to an update that suddenly dropped and changed the gameplay pacing. The patch was apparently added a few days ago and Reddit user AkazayaNine explained that it is taking noticeably longer to find multiplayer matches, and once they have found one the match is far more competitive than the previously standard experience. Another user known as Hantzle- also observed differences from the hidden Halo Infinite patch, sharing a screenshot that shows below-average scores from a match alongside the suggestion that they aren't having fun.


Based on the posts from these Reddit users and the subsequent response, Halo Infinite fans are rejecting the SBMM as it is currently. Because Halo Infinite has ranked playlists, many fans are pointing to that as a multiplayer mode for hardcore players to go to so that casual playlists can be left largely untouched and more akin to the older Halo titles. Though many Halo Infinite fans have recommended that others quit the game if SBMM bothers them, a few fans have suggested that 343 Industries return to the old method of pairing players based on connection rather than skill level.

The fresh SBMM issues add to other problems causing players to leave, most notably Halo Infinite's desync preventing player hits from registering accurately. Some Halo fans have utilized the opportunity to praise Halo: The Master Chief Collection and its matchmaking, inferring to some other fans that it may be worth trying while they wait for a fix to Halo Infinite's SBMM. Many Halo Infinite players have suggested that the smaller community that remains dedicated to the game today may have few casual players left whether the new update worsened SBMM or not.

Halo Infinite is available now for PC, Xbox One, and Xbox Series X/S.

What do you expect? Halo is shit anyways

I actually hate SBMM. Truth is, I enjoyed playing against people who where new so I could stomp them. It made me feel better lol

It don't even matter the game. SBMM is broken and always will be it's so stupid

It probably did, 343 is the worst developer to ever exist in gaming