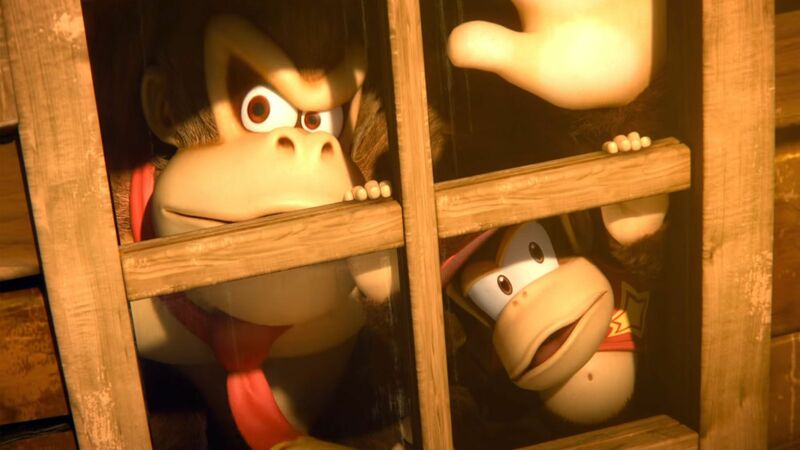 4.3
Nintendo's Donkey Kong franchise is a household name that is known by many generations of gamers. The series is lauded for the many platformers that were produced, with the most beloved being Rare's SNES-era Donkey Kong Country trilogy. Even the rebooted games of Donkey Kong Country Returns and Donkey Kong Country: Tropical Freeze from Retro Studios has seen a similar amount of praise, expanding on what made the big ape's series of games fun to play. That being said, the series has had little fanfare in terms of any new games.

The last release involving Donkey Kong's branding outside of Super Mario spin-offs was the aforementioned Tropical Freeze's Switch port, which was back in 2018. While rumors of a new Switch game for the series were active during Donkey Kong's 40th anniversary, nothing ended up being announced. These rumors of something new for the series are circulating again, due to a recent trademark filing from Nintendo.

Some fans had noticed that Nintendo's Donkey Kong trademark was recently updated at the start of July. While most would brush this off as Nintendo future-proofing the rights of the franchise, this isn't just a renewal, but rather a brand-new one that has some updated verbiage. More specifically, this trademark mentions "downloadable programs for portable and electronic consoles," which fits the bill of the Nintendo Switch or any console that succeeds it.

Nintendo has updated the trademark for Donkey Kong. Rather than being a routine extension of an existing trademark, this is a new trademark with updated verbiage pertaining specifically to video games, including "downloadable programs for portable and electronic consoles." pic.twitter.com/UgWpK8VHwH


This already has gotten some fans speculating that it's possible that Nintendo is going to announce a new Donkey Kong game for the Switch at some point in the future. It's also interesting that this updated trademark is popping up, considering Nintendo also recently renewed the Donkey Konga trademark, a rhythm game spin-off series that involves DK playing the bongos to the beat of a song. That being said, there's nothing that suggests that either a new Donkey Kong or Donkey Konga game could be coming out soon, and as mentioned previously could simply be Nintendo updating this trademark.

In terms of Donkey Kong's other appearances in recent video games, he's a playable captain in the Mario Sports spin-off Mario Strikers Battle League, as well as a playable character in Mario Party Superstars. Outside of video games, the Donkey Kong series is rumored to be represented at Super Nintendo World as an expansion to the theme park. DK himself will also be making an appearance in the upcoming Super Mario Movie by Illumination, voiced by comedian and actor Seth Rogen.

Good for them on doing so

do you even know what DK stands for? - idk Donkey Kong ?