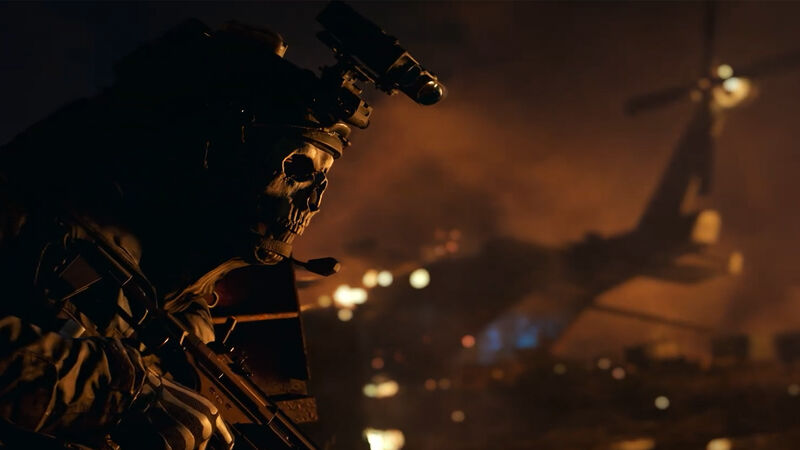 4.5
A new Call of Duty: Modern Warfare 2 report has good news about the upcoming PC, PS4, PS5, Xbox One, Xbox Series S, and Xbox Series X, but some bad news for the future of the series. According to a new report from a reliable source, Infinity Ward has developed a "planning-to-crunch policy" during the development of this year's Call of Duty. As a result, the game is shaping up quite well, but the team is being burned out in the process.

The report comes the way of Ralph Valve, who claims that "Call of Duty's high attrition rate has cost the company over the past year." To this end, it's claimed that many leads at the studios, senior developers, and even directors at Infinity Ward have been resigning due to the "working conditions and pay discrepancies" at the studio, with even more slated to leave once the game is released. To fill these holes, Infinity Ward has reportedly had to bring in a high influx of employees with no prior experience in the industry, which could prove costly down the road.

"I love the team at Infinity Ward, but I do hate how they manage people," said one developer while speaking to Ralph Valve. "They like to use and abuse people. Lots of talented individuals, a part of the team, and several departments, will be breaking up after this game has shipped. So, keep that in mind – it should be a big year for Infinity Ward but after this next title I don't see [Call of Duty] doing well in general."

In short, it sounds like while the development of this year's game is about to pay off big for Infinity Ward and Activision, the short-term gains are going to come alongside long-term pain. And if you pay attention to developer circles, you'll know the other two Call of Duty studios -- Sledgehammer Games and Treyarch (especially the former) -- have also been having high turnover as of late.

All of that said, remember this is just a report. While it comes from a reliable source, it doesn't change the fact that it's not official information. As for the implicated parties, none have commented.

cant wait for this game so hyped

Doesn't seem worth it. This HAS to be the best COD of all time.. hopefully.

If this does become official, well, it was "fun" while it lasted

I wouldn't doubt they make it hard to work there. Just working to release rather than build something fresh one way or another. Especially on some of the last titles ....

damn is that why the games suck more so now days ?

oh shit could this be the end to call of duty