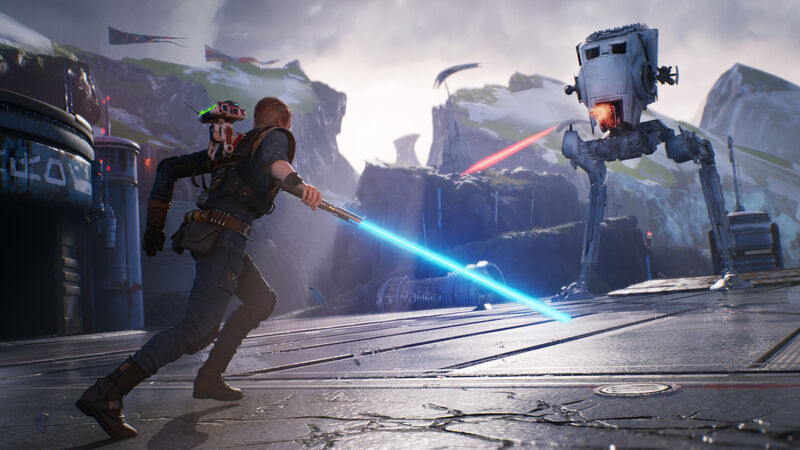 3.7
Is a new Boba Fett Star Wars game in the works? It seems like a possibility more than ever following a tease from Temuera Morrison, the actor behind the bounty hunter helmet in The Book Of Boba Fett on Disney+. The most obvious candidate would normally be Star Wars Battlefront 3, however, according to various reports from various sources, a third installment in the series is not currently in the works. Could a Bounty Hunter-focused game be in the works? It's certainly a possibility, considering how popular The Book Of Boba Fett and The Mandalorian have proven.

As for the tease itself, it came after Morrison was asked if he would be interested in doing more video game voice-over work. Answering this, Morrison seemingly let slip that he's already doing as much.

"Oh yes, oh yes. Definitely. The gaming is where it's all at, too, because with a movie or a TV show it's all over but with a game, you can be there a bit longer. There will be some coming, I can let you know that," said Morrison.

Elsewhere in the same interview, Morrison revealed that work for video games is harder than traditional acting, especially if you need to get emotion out of your character.

"I do a few voices for those video games. Very hard work, harder than acting," Morrison said. "You try and get some emotion into a voiceover, all the instructions as well, you know? 'Turn left, go right, you missed, try again'."

For now, it's difficult to determine what should and shouldn't be made out of the first quote. It seems to be a pretty definitive tease that he's working on some Star Wars game, but even if this case, who knows what it could be. It could be a lot of things, ranging from boring to very exciting.

As always, we will keep you updated as the situation evolves, but right now, this is the extent of what Morrison has had to say about the matter and there's been nothing collaborating the potential tease. That said, there have been rumors of a Mandalorian game since spring 2021. It's possible this could tease could be in reference to that.

I actually thoroughly enjoyed fallen Jedi a lot, if it's anything like that, I'm going to buy it. Simple as!