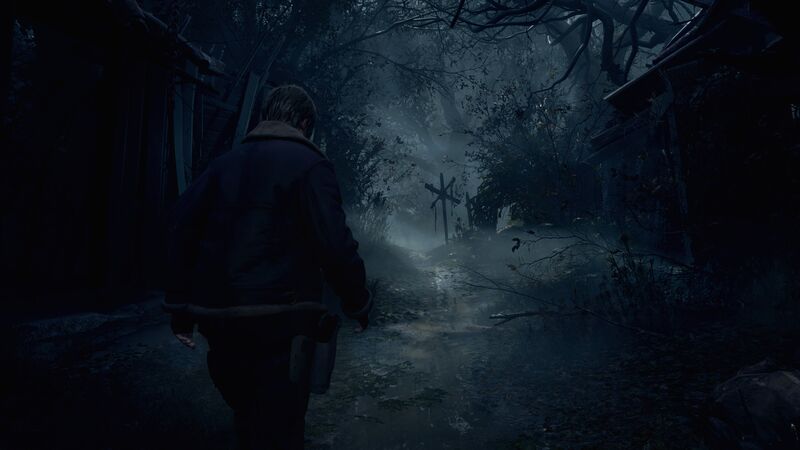 4.2
Capcom has today revealed our first official look at gameplay from the forthcoming remake of Resident Evil 4. First announced earlier this month at PlayStation's State of Play event, Capcom largely highlighted this new version of RE4 via a trailer that showed off a number of different locales and characters that will appear in the game. And while that trailer didn't feature any actual gameplay footage, we've now been given a brief taste of what to expect.

The footage in question that was revealed during today's Capcom Showcase stemmed from the beginning of Resident Evil 4. Rather than seeing protagonist Leon Kennedy engage in a shootout with enemies, the gameplay merely showed him walking through a dimly-lit path and approaching a house. Leon's character model was noted to have received some changes when compared to last his appearance, primarily because this game takes place six years after we last saw him. All in all, the footage looked quite similar to Capcom's remake of Resident Evil 2 and Resident Evil 3, which is to be expected in many ways.

You can get a look at this footage from Resident Evil 4 below courtesy of Okami Games:


For now, Capcom hasn't said when we'll start to see more of Resident Evil 4 in action. The publisher and developer of the game stated that it will have more to share on the project at some point in the future. And while a more well-defined window for news wasn't given, it stands to reason that silence won't surround RE4 for long given that it's due out early next year.

To be specific, this new iteration of Resident Evil 4 is poised to launch next year on March 24, 2023. When it does hit store shelves, it will be released for PlayStation 5, Xbox Series X, and PC platforms.

Happy with remakes. They do become improvements of the game

This game was my favourite of all the series. I did have doubts originally as remakes tend to disappoint. However, this is looking fresh. Can't wait!

Everything looks updated and amazing. Sad they changed Leon's jacket. And I liked Ashley design better before.