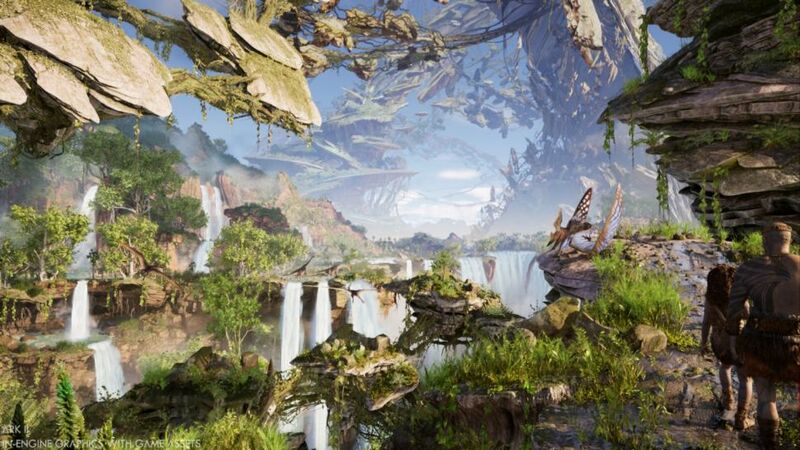 3.6
Ark II starring macho man Vin Diesel has gotten a new release window. The first Ark was released back in 2015 and was a surprise hit, blending the things people liked about games like Minecraft and Rust while combining them with dinosaurs and other prehistoric creatures. It was a weird cavemen-esque game with ways to acquire futuristic tech. It has lived on quite fondly across PC and consoles, spawning a healthy player base that continues to keep servers alive with massive bases, warring factions, and much more. It's an incredibly simple game on the surface that gets more complex as you get more involved with it. In 2020, it was confirmed that Ark II was on the way, but details are scarce on the project.

During the Xbox and Bethesda Showcase, it was confirmed that Ark II will arrive in 2023. A new cinematic trailer was shown off for the game, reaffirming that actor Vin Diesel will play a big role in the upcoming game which seems to have some sort of overarching narrative. The story has been described as a father and daughter experiencing a tale "of betrayal & broken promises, and the strength of the family bond". Of course, Ark II will also feature a multiplayer mode called "Survivors", which ultimately sounds like a much more sophisticated and evolved version of the original game's online components.

Microsoft also confirmed that the game will be a console "launch" exclusive for Xbox Series X|S, meaning it will likely come to PlayStation at a later date. As expected, it will also be available on Xbox Game Pass for both Xbox and PC. We're still waiting for gameplay for Ark II, but with a 2023 release date in sight, it's likely we won't have to wait too long to see more. Whether or not the story will be anything to write home about remains to be seen, but it seems likely that the gameplay and multiplayer will be more of what players are longing for in a sequel.

Would it have been any good if Vin wasn't in it? :hmmm:

why am I just now seeing stuff on this lol