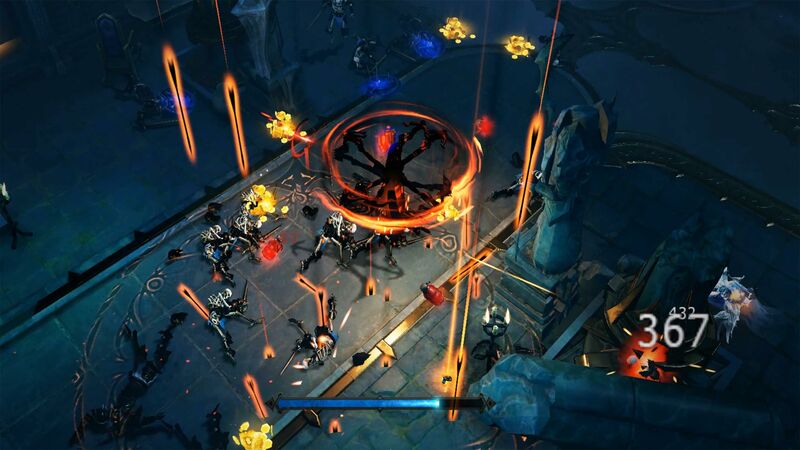 4.6
Another controversy has surfaced among Diablo Immortal players, as several people have uncovered a ‘hidden’ Diablo Immortal loot box nuance to the legendary crests system that gives a distinct advantage to those buying microtransactions in the fantasy game. Content creators Josh Strife Hayes and Darth Microtransaction both highlighted the discrepancy between paid legendary crests and ones earned for free, which greatly restricts the potential for players hoping to play the free-to-play game, well, for free.

As noted in videos by both Josh Strife Hayes and Darth Microtransaction, Diablo Immortal presents two types of crest to the player – rare crests, which increase your chance of getting rune drops, and legendary crests, which guarantee you a legendary gem drop. The latter are very useful, because Diablo Immortal gems are a big part of its endgame grind.

This distinction, say Hayes and Darth, is incredibly significant. “I need to be able to trade my gems, and as free-to-play you definitely need to be able to trade your gems,” says Darth. “This has got to be changed.” Hayes elaborates: “Every single legendary gem listed on the market came from an eternal legendary crest – which was paid for with orbs, which can only be bought for real money.”

“There is simply no way for a non-paying player to get eternal legendary crests,” Hayes continues. It gets worse, he explains – several of the bundles offered on Diablo Immortal’s marketplace include standard legendary crests, not the eternal ones. “If you did buy the time-limited dungeon packs, or the unpowered battle pass, or the prodigy’s path membership, or the boon of plenty, because you wanted legendary gem drops to sell on the market, you are buying the wrong type of legendary crests.”

Hayes says he believes this design is deliberately confusing – not only are the names and designs extremely close, with both being an almost identical purple shade, but the rift screen only displays two slots for rare and legendary crests, and does not highlight the eternal legendary crests as a separate item. This discussion comes as a job listing reveals Diablo 4 will have an in-game store.