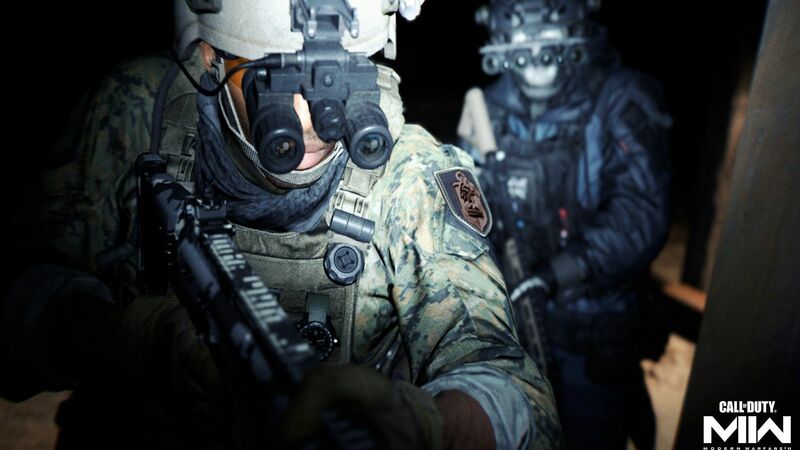 Considering how often Call of Duty recycles popular maps, it seems highly likely that Highrise will be making a comeback in Call of Duty: Modern Warfare 2, especially since it makes an appearance in this reveal trailer. Highrise is also available in Call of Duty Mobile, so it wouldn't be the first time that it was brought back, though it hasn't been in a main series release since the 2009 original.

Rumor has it that the Call of Duty: Warzone 2.0 map will feature some familiar locations based on the multiplayer maps in the original Modern Warfare 2. Specifically, the maps Afghan, Highrise, Quarry, and Terminal were mentioned for the game. It will be interesting to see if there's any truth to those rumors, and if those maps will also all make their way to the standard Call of Duty: Modern Warfare 2 multiplayer experience as well.

There's still a lot to learn about Call of Duty: Modern Warfare 2 and what it's bringing to the table, so fans should stay tuned. Expect more on the Modern Warfare 2 multiplayer experience, Spec Ops, and the campaign in the months leading up to the game's release.

We've been let down by the other recent ones, so please, not this one too

they deff gonna bring back highrise cant wait to play it

So stoked for this. I love the modern warfare series i just hope it doesnt let down

Mw2 was a great time . Everything about the game was flawless, even the noobtubing lol. The main game was great and so were the dlcs. I'm looking foward too see what they actually put in the game

they shouldnt edit the weapon balance,or damage,even the maps for sprays and nade throws etc,just a gfx refresh would be lit

Rust be one favela better be one

they wouldnt be able to sell the game without it lmao

Highrise was definitely one of my favourites of MW2. Very excited to play it again.

cant wait I love mw2 maps even the dlc maps were the best back then.