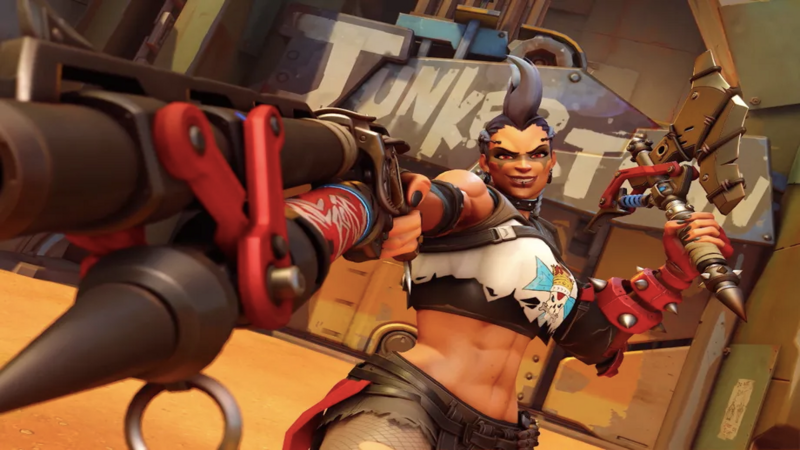 4.3
Blizzard Entertainment has today announced the release date for its multiplayer shooter Overwatch 2. The game, which will be coming to Xbox, PlayStation, Nintendo Switch, and PC platforms, will be arriving on October 4, 2022. And while that might be big news on its own, Blizzard has also confirmed that the game will be moving to a new free-to-play structure.

Divulged via a new trailer that appeared at the Xbox & Bethesda Games Showcase, new gameplay footage from Overwatch 2 was highlighted. It was also confirmed that a new character known as the Junker Queen will be coming to the game at release. Blizzard is planning to show off more of what the Junker Queen will have in store in a live stream taking place this coming Thursday, June 16. During this time, it will also touch on the new free-to-play model for the title.

"We can't wait to roll out the beginning of the Overwatch 2 experience on October 4 and introduce an exciting new competitive vision, featuring amazing new content and a reimagining of the iconic heroes, maps, and gameplay that made the original game so compelling," said Blizzard president Mike Ybarra in a new statement today. "This is the beginning of an always-on and always-evolving era for the franchise, and a recommitment to serving players with frequent and substantial updates planned well into the future to keep Overwatch 2 fresh and fun for many years to come."

It's worth noting that this launch date for Overwatch 2 is considered "early access" for the title. Essentially, Blizzard is looking to release the PvP aspect of OW2 this fall and will look to build on the game from that point. When it might be a fully "finished" product remains to be seen, but it's clear that the launch of Overwatch 2 this October will merely be a starting point.

Grreat for them releasing it. Hope it becomes popular like the first one