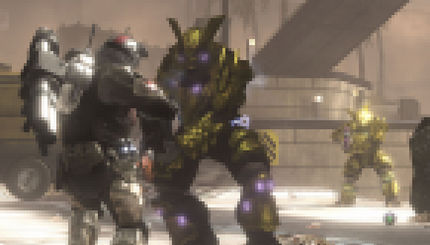 4.7
Bungie quickly responded to a 60-page-long thread on the Halo 3: ODST forums where users complained the title had experienced disc read errors while playing in the game's Campaign and Firefight modes. Now, Microsoft has also sounded off on the errors, telling Eurogamer, "we are aware of a very small number of people who are reporting they can't play the game," and later adding "at this point it doesn't appear to be a widespread issue."
In our last post regarding the game-crashing errors, we asked readers if they had encountered similar problems during their time with ODST. Out of the 5,608 participants who responded at the time this article was written, 1,769 (or 31.5 percent) had reported technical issues with the game. We're sure Microsoft has their own method of tracking this data, but our polling figures certainly make the problems seem as though they've spread fairly wide. [Via Joystiq]

I got the f***ng error on mine

Haha @ Casca, and i would be so mad if this hapenned to me but luckily im not going to buy Halo: ODST

I guess that is Bungie's way of saying "Whoops, my bad"

has anyone on TTG had a disc problem?