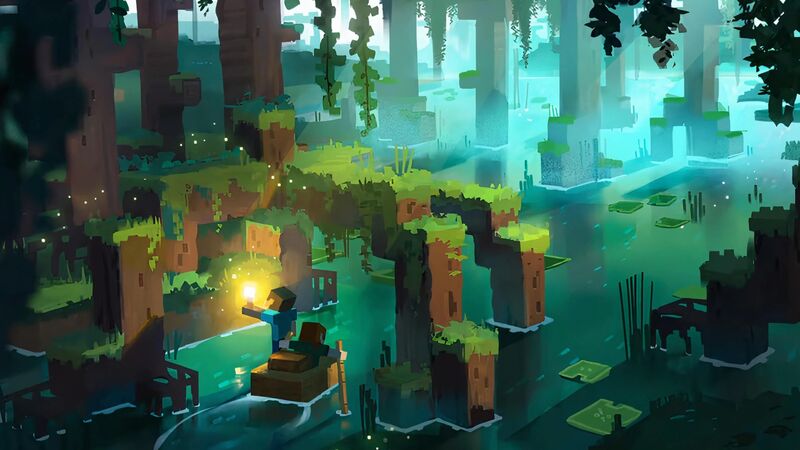 4.2
Another new game in the Minecraft series is reportedly in the works with this one supposedly aimed to be a real-time strategy game. This comes from Giant Bomb co-founder Jeff Gerstmann who indicated in a recent stream that this project was in development with additional details shared based on some evidence that'd been sent his way. It's unclear, however, whether or not this new Minecraft spin-off is to be announced at the upcoming Microsoft event or if it'll be saved for another date.

Gerstmann spoke about the unannounced Minecraft spin-off in this stream where he shared some initial details about whatever it is that's being worked on. This follows a leak from late last year that suggested two new games set within the Minecraft series were in the works. Evidence of LinkedIn profiles from those who work on the Minecraft series also suggested we'd see new projects within that universe.

"Also in the news, there's a new Minecraft game in development," Gerstmann said during the stream hosted on his Twitch channel. "And I don't know if this is something that's going to get announced at [the] Microsoft event, but there is a new Minecraft spin-off in the works."

Gerstmann continued to say that, based on details he'd heard and screenshots he'd seen, it's supposed to be "an RTS game of sorts." Based on what was seen, players apparently control a Steve-esque unit on the field in a third-person perspective while ordering other units about. He added that it was naturally in an unfinished state since the game itself hasn't even been announced yet but said that it was perhaps far enough along that we could see it revealed during Microsoft's event on Sunday or within the coming weeks.

Minecraft naturally still gets content all the time with new blocks, mobs, and more added throughout various updates with that game remaining the core of the Minecraft experience. It's gotten one or two spin-offs over the years such as Minecraft Dungeons, an entertaining, loot-filled dungeon-crawler which similarly gets new updates and DLC occasionally. The mobile project Minecraft Earth was another example of a spin-off, but it didn't do nearly as well as the other two due in part to its release timing and was shut down in 2021.

Well was it minecraft legends