Warzone 2.0 is officially coming to PC, current and last-gen 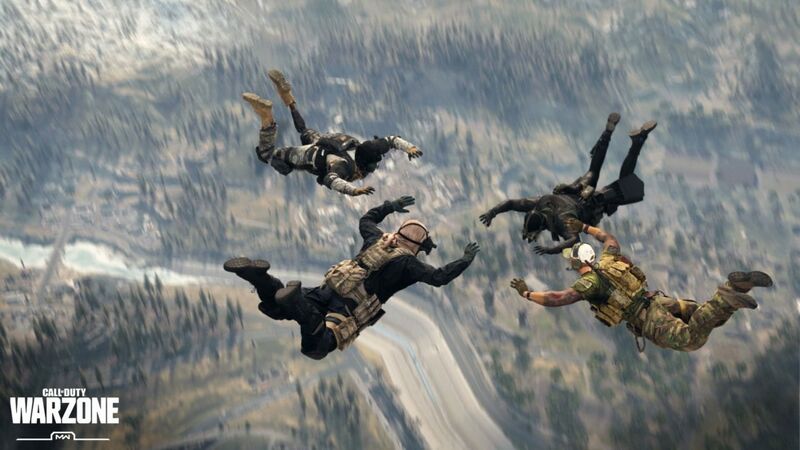 3.8
Activision has officially announced that Warzone 2.0 will be released later this year.

The publisher confirmed in April that a new free-to-play Warzone experience was being built from the ground-up alongside Modern Warfare 2, led by developer Infinity Ward.

The Call of Duty Modern Warfare 2 release date is October 28, 2022, and Activision said on Tuesday that Warzone 2.0 will arrive “later this year”.

Featuring “a new sandbox mode and the brand-new playspace”, Warzone 2.0 will be available for PS5, PS4, Xbox Series X/S, Xbox One, and PC via Battle.net and Steam.

Modern Warfare 2 will be released for the same platforms on October 28. Activision said on Tuesday that it will feature a globe-trotting campaign, multiplayer and an “evolved” Special Ops mode.

Try Hard Guides recently published an image that’s claimed to reveal Warzone 2’s main map, including all of its points of interest and several notable features, such as a significant body of water in which players can swim.

The battle royale game will reportedly introduce a swimming mechanic for the first time in Warzone. Neither of the original Warzone’s maps, Verdansk and Caldera, have supported swimming, although it was possible in Call of Duty’s first battle royale, Black Ops 4’s Blackout.

Another recent leak suggested there are plans to bring Warzone 2 closer to Blackout in other ways too, including armour requiring a satchel to be equipped, and a new inventory system where you can only fit so many weapons and pieces of equipment in your bag.

As first reported by VGC in September 2021, Warzone 2’s map will include various classic points of interest, including areas based on popular multiplayer maps from 2009’s Modern Warfare 2.

These will reportedly include Highrise, Quarry, Terminal and Afghan.

"Warzone 2.0 is officially coming to PC, current and last-gen" :: Login/Create an Account :: 2 comments