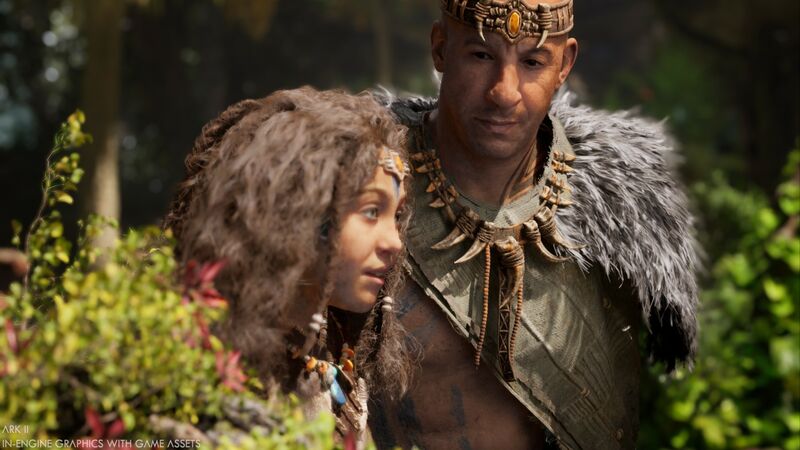 3.6
On June 12th, the Xbox and Bethesda Showcase will be held, offering new details about several upcoming games. While Xbox has kept pretty quiet about the show's contents thus far, it seems that viewers can expect to learn more information about Ark II during the presentation. The news was announced via the game's official French Twitter account, though no additional details were provided. Thankfully, fans won't have to wait much longer to see what will be revealed during the showcase!


Ark II was announced at The Game Awards 2020, but we haven't learned much information since. The sequel will take place following the events from the original game's Genesis: Part 2 DLC. Ark II is currently slated to release on PC and Xbox Series X|S later this year. The title is a "console launch exclusive" on Xbox platforms, so presumably it will release on PlayStation 5 after a period of exclusivity. That has not been confirmed yet by Studio Wildcard, but these types of exclusivity deals tend to prohibit developers and publishers from talking about other platform releases, so that's to be expected. Ark: Survival Evolved has a long history with Xbox platforms, but it was also released on PlayStation 4, Nintendo Switch, Stadia, and mobile devices.

One of the only details revealed about Ark II thus far is that it will feature the voice and likeness of Vin Diesel as a new character named Santiago. Santiago has been billed as a "crossover character," as he is also slated to appear in Ark: The Animated Series (where Diesel will reprise the role). Diesel is apparently a massive fan of Ark: Survival Evolved, having spent more than 1000 hours with the game. In addition to appearing in the upcoming sequel, Diesel will be serving as an executive producer.

Wasn't interested in the first one, so not bothered for the second

I definitely wanna play more of Ark One. And I think it's awesome this has Vin Diesel's voice.