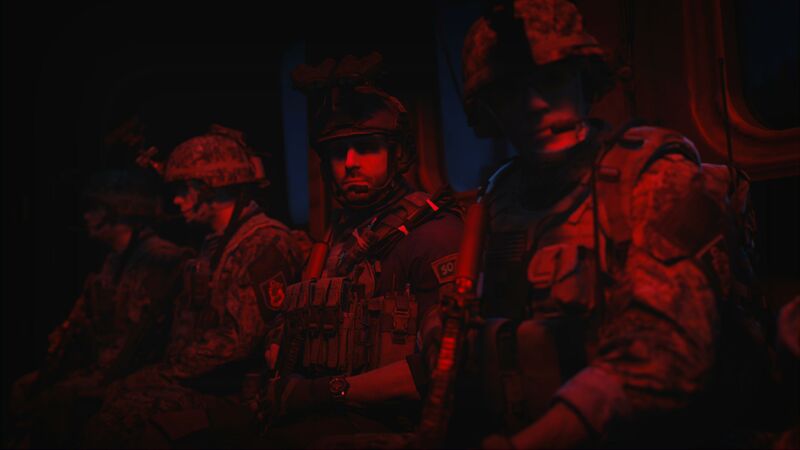 3.8
Activision and Infinity Ward have today revealed the first gameplay footage from this year's upcoming release of Call of Duty: Modern Warfare 2. The trailer in question highlights the campaign of the game and gives us a taste of where the story of Modern Warfare 2 will be going this time around. And while the footage that we see in this video on its own is notable, Activision has also confirmed some other big pieces of information about the game prior to its launch this year.

As mentioned, this first trailer for Modern Warfare 2 primarily centers around the game's single-player campaign. The story of this sequel to 2019's Modern Warfare will center around the members of Task Force 141, which includes iconic characters like Captain Price, Soap, Gaz, and Ghost. As seen in the video, which features music from Metallica's "Wherever I May Roam," Task Force 141 seems to be on an explosive, globe-trotting journey in MW2 that seems to be going to some drastically different places than its predecessor.

You can watch the trailer for yourself right here:

A new era is coming. #ModernWarfare2
💚 this tweet to be the first to receive all the latest #MWII updates, news and content this year. pic.twitter.com/Yi1wdRgOA8


Outside of showing off what Modern Warfare 2 will actually play like, Activision and Infinity Ward have revealed that the game will be holding an open beta at some point prior to the title's launch this fall. As we've come to expect from past Call of Duty titles, this beta will happen first on PlayStation platforms before coming elsewhere.

And speaking of other platforms, it was also announced today that Call of Duty: Modern Warfare 2 will be releasing via Steam on PC this year. This is something that Valve itself teased roughly a week ago, so to see that this news is now official should please a number of fans. Outside of releasing on Steam, MW2 will also be coming to Battle.net on PC as well.

Call of Duty: Modern Warfare 2 is set to launch later this year on October 28, 2022. When the game arrives, it will be landing on PlayStation 5, PlayStation 4, Xbox Series X, Xbox One, and PC.

The gameplay trailer does look good, but it's more likely showing the only good bits LMAO

eh it looks cool ya but still dont like they have to use our og game to sell the new one lol, nothing will ever be mw2 again.

Not sure what I just witnessed smh

Honestly looks like reskinned MW19 with another story, on the same bad engine.

literally. Gonna be a mw reskin with an *updated* warzone 2 and charge 70 for it