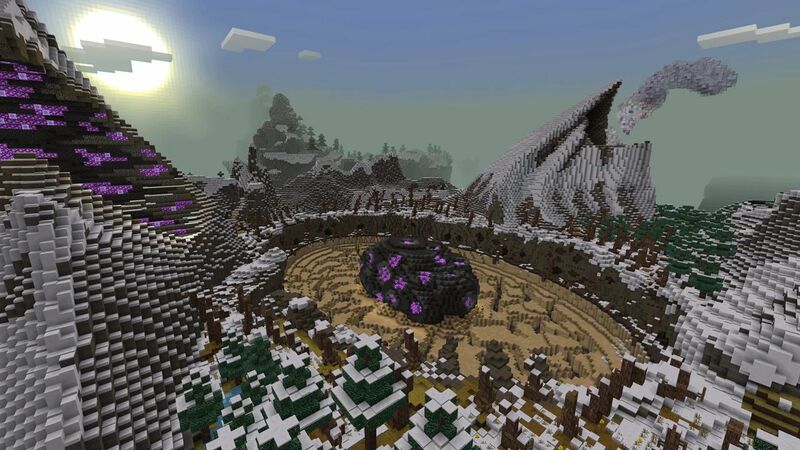 3.9
Minecraft fans have a new collaboration DLC to check out, this time based on the Ice Age film franchise. The DLC features 30 new skins, including fan favorites like Sid, Manny, Diego, and Ellie. The DLC also features a number of different locations from the films, and a collecting mission that tasks players with finding hidden acorns (of course). As we've seen with other recent Minecraft collaborations, the Ice Age DLC is only compatible with Minecraft Bedrock, and can be purchased for 1,340 Minecoins. Ice Age fans without the Minecoins to spend can also snag a free Acorn Hat character creator item in the Dressing Room.

Travel back to 20,000 B.C. with the new Ice Age DLC by @4JStudios! Discover iconic locations and over 30 character skins from the Ice Age movies. And top it off with your free item in the Dressing Room!


So far, reception to the new DLC set seems pretty positive! The first Ice Age released in 2002, and the series has developed a passionate fanbase over the last 20 years; there seems to be a lot of Minecraft fans that grew up with this series. Many reacted with surprise to see the franchise represented in the game, but it seems like a lot are eager to drop some Minecoins to purchase the DLC.

This officially licensed collaboration was developed by 4J Studios, the team behind Marketplace options such as Super Retro and Caverns of Chaos. In addition to Ice Age, Minecraft has played host to a number of other collaborations over the last few months. In May, the game added new content based on the Angry Birds franchise. A similar DLC pack based on the Sonic the Hedgehog games came out last year, and was updated in April with new content. These types of collaborations certainly won't be for everyone, but it's been fun to see all of the different options that have been added lately!

This is going to be very interesting

Omg Ice Age ! I haven't seen the movies in years either. But still cool DLC.