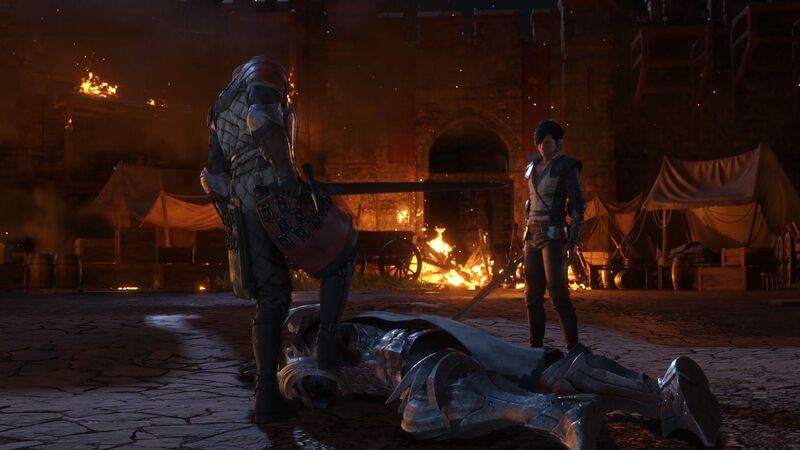 3.8
After a long period of silence, Square Enix today announced the release window for Final Fantasy XVI via a new trailer. This new announcement from Square Enix comes only months after the publisher promised that new information on the game would be coming about at some point in the early part of 2022. Now, after such a long wait, we finally know when Final Fantasy XVI will actually be hitting store shelves.

Announced during today's PlayStation State of Play event, Square Enix showed off some new footage from the next mainline Final Fantasy game. The trailer didn't only feature some new gameplay from FFXVI, but it also gave us more details about the story that Square Enix will be telling this time around. As for the game's launch, Final Fantasy XVI was confirmed to be releasing in Summer 2023 for both PlayStation 5 and PC.

In a general sense, Final Fantasy XVI seems to greatly resemble some of the earliest entries in the series. While Final Fantasy has always had a bit of a fantasy flair, some of the more recent entries in the franchise have featured modernized characters and machinery. FFXVI, on the other hand, looks to be taking Square Enix's RPG series back to its roots with its medievil-style setting. Whether or not the game will be that much better for returning to this setting remains to be seen.

This is the second time in which Final Fantasy XVI has appeared at a PlayStation event of some sort. When the title was first announced back in 2020, it was revealed as part of a larger PlayStation Showcase that centered around games coming to PS5. As such, it seems likely that more bits of information related to Final Fantasy XVI could end up debuting during PlayStation presentations like this moving forward.

It will be worth the wait for it's release