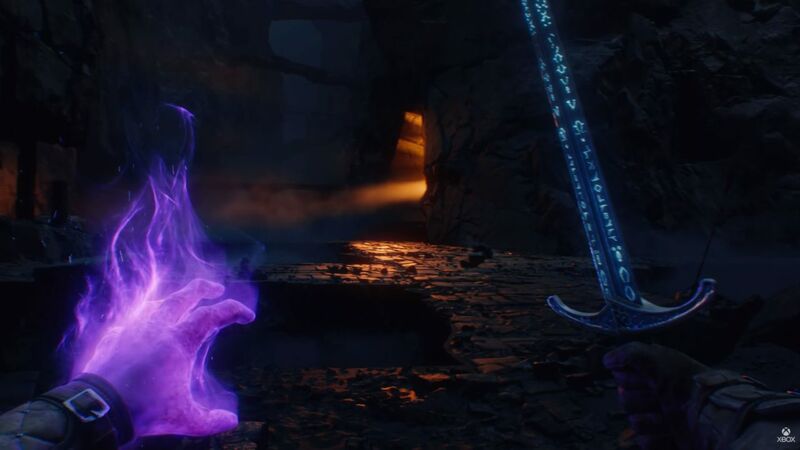 On Wednesday Sawyer quote-retweeted a tweet from the official Xbox account about Xbox & Bethesda showcase with; “anyway,” and a painting nails emoji, which is typically used to signal that the poster has something they want to say, but can’t yet.

The Outer Worlds 2 was revealed with a trailer which jokingly suggested that the game is “nowhere near ready” and that “the only thing they have finished is the titles,” so it’s perhaps unlikely that the game appears as part of the showcase, outside of another teaser.

Avowed, however, seems far more likely to have a significant presence at the show. In October last year, Windows Central reported that the game will feature two-handed first-person combat, similar to Microsoft stable-mate Bethesda’s The Elder Scrolls V: Skyrim.

It was said at that time that an early working version of the game was close to being completed, so it’s possible that the first gameplay of the RPG will be shown at the event.

The game reportedly features swimming gameplay and may include some destructible environments too.

The Xbox and Bethesda Games Showcase will be held on Sunday, June 12.

The event will start at 10am PT / 1pm ET / 6pm BST and will be streamed in over 30 languages on the likes of YouTube, Twitch and Facebook.

It looked well enough from the video at the showcase, but once it gets a gameplay vid,
that's when we can judge on the game properly

I hope it ends up being a great game in general

So far from the video game looks cool.