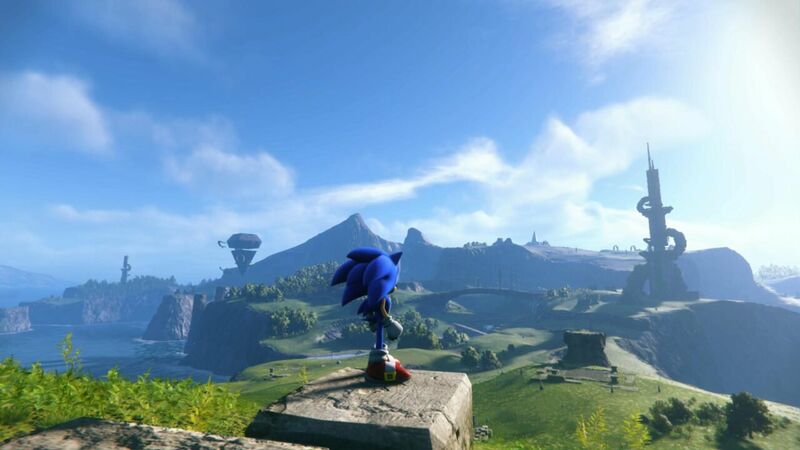 4.1
The first proper Sonic Frontiers gameplay video has been released.

Following a gameplay teaser trailer published earlier this week, the new video below features almost seven minutes of the game in action.

According to the new IGN video, which sees Sonic running up walls, grinding rails and solving puzzles, the hedgehog finds himself stranded on one of these islands at the start of the game.

Sonic Frontiers is set for release in holiday 2022 for Xbox Series X/S, Xbox One, PS5, PS4, Switch and PC, and Sega has said it’s targeting high review scores for the game.

Sonic Team head Takashi Iizuka has said he’d like Frontiers to have the same lasting impact as Sonic Adventure.

In a Sonic Stadium interview published in June 2021, the franchise’s creative officer said he hoped the upcoming game would provide the building blocks for future Sonic titles for many years to come.

Best to leave Sonic alone now, and work on something totally different

This is a game that could've done so well, 10-15 years ago... Not a huge market for Sonic anymore. Even with the live action movies..