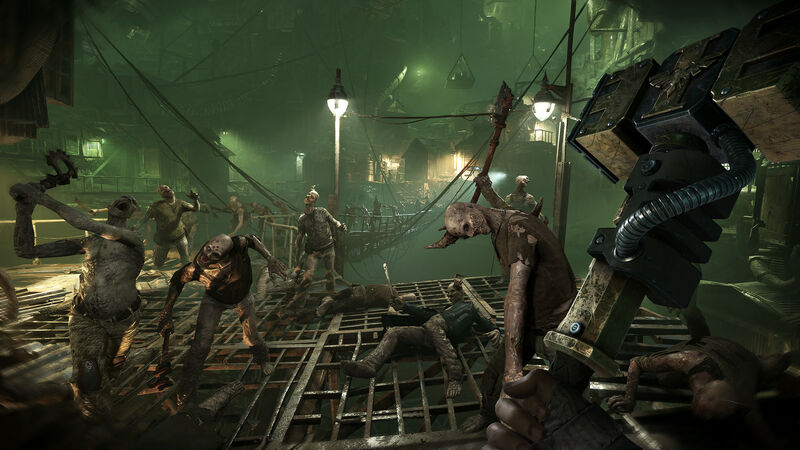 4.2
The Warhammer 40K: Darktide release date is now just a couple short months away, and Fatshark has opened up pre-orders for two editions of the upcoming co-op game, set in the hive city of Tertium. To mark the occasion, there’s a brand new trailer out now for Darktide that debuted during the Warhammer Skulls stream June 1.

The new trailer, called ‘Rejects Will Rise,’ provides some all-new details about Darktide’s backstory and setting. The clip begins with a train hurtling along elevated tracks toward the undercity, all of its cars belching toxic green smoke. The smoke poisons anyone who breathes it in, changing them to zombified servants of Chaos and threatening to consume the entire city.

That’s where our noble band of heroes comes in, except in Darktide, they’re not really heroes – as frequent Warhammer novelist and Darktide co-writer Dan Abnett explained to us, Darktide’s heroes are all convicts with nothing left to lose, and who absolutely must learn to rely on each other if they’re ever going to survive.

Darktide’s felonious heroes are employed by an imperial inquisitor sent to Tertium to root out what appears to be a Chaos incursion there, and as the game progresses, you’ll be venturing into deeper, darker caverns in the city’s terrible underbelly to find its source.

The trailer also provides a peek at some of the heroes’ abilities and weapons: there are the standard Warhammer 40K rifles, chainswords, and laspistols, but one character is clearly a psyker of some kind, and prepares a powerful charge of electricity to unleash as his enemies close in.

It's a must-get game