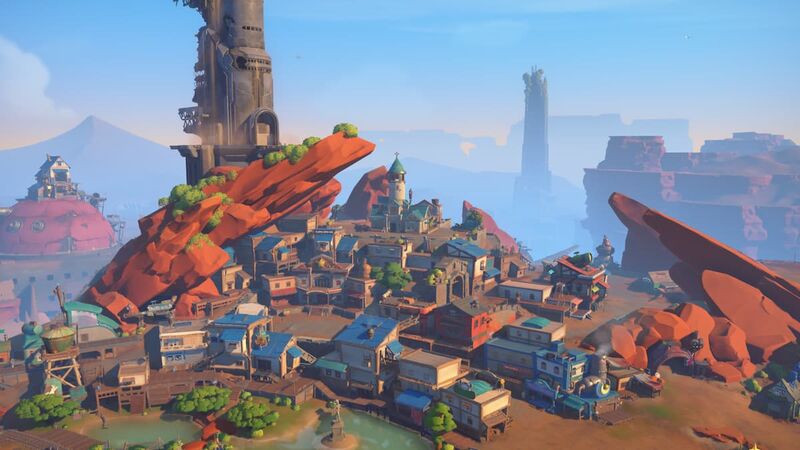 4.2
Multiplayer is heading to life sim My Time at Sandrock later this summer.

Released last week on Steam Early Access, My Time at Sandrock is already proving massively popular. So far, it's enjoyed a successful launch that saw the game top the concurrent player record of its predecessor, My Time at Portia, mere hours after release. Despite its success, some players have been left disappointed that multiplayer didn't make it into the game at launch, but developer Panthea has assured fans that it will be added before the end of the year.

In a video, Panthea reveals that its currently in the process of developing My Time at Sandrock's multiplayer mode and plans to include it as an update "by the end of this year". The developer aims to hold a global test for all players in late August or early September and another in October before adding it to the game sometime between then and the end of 2022.

In terms of what we can expect from multiplayer in My Time at Sandrock, it will feature up to four players "in a small, pre-Sandrock town working together to build the strongest Commerce Guild in the entire Eufaula Desert. You and your building buddies can make progress together, as when one player takes on a commission, all players can start contributing. "If you make the first cut of the tree, then you can sit back and relax while your buddy does all the work. You'll both still get the resources," explains Xu Zhi, director of My Time at Sandrock.

The multiplayer will mainly focus on city-building and interacting with others, but it will still be connected to the plot of the game's single-player. "After you've finished the entire game, both multiplayer and single-player mode, you will have experienced a much more complete story," says Zhi.

"My Time at Sandrock multiplayer will be added “by the end of this year" :: Login/Create an Account :: 4 comments

Won't be playing the MP, just sticking to SP all the time

had this on my wishlist for awhile and started replaying my time at portia :) excited to see the multi for this though

This would be a great game to play with my friends.

Apparently this is much better that Portia. I should try it, especially for then in time for multiplayer