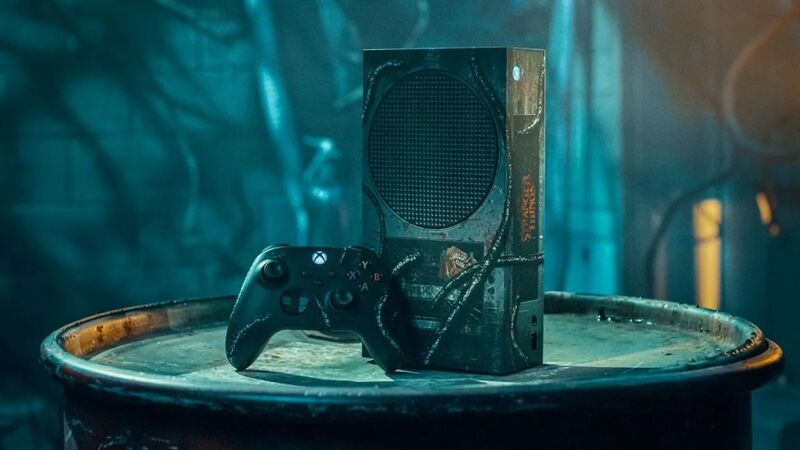 3.8
Xbox fans will soon be able to get their hands on a limited-edition Xbox Series S console, inspired by Netflix’s hit science fiction series, Stranger Things.

The custom console aims to celebrate the release of Stranger Things Season 4, which was released on Netflix at the end of last week. Volume 1 launched with 7 new episodes, all available to stream right now, whilst Volume 2 isn’t set to release until July 1st.

If you’re a die-hard Stranger Things fan, you could be in the chance of winning this epic custom Xbox Series S console for free. Microsoft will be giving the console away to fans around the globe as part of a brand new competition.

Details on the competition are yet to be announced, but Microsoft has informed fans to stay tuned in to the official Xbox Twitter account, as details are expected to be revealed in the coming days.

Fans can check out the custom console in the image below, which Xbox states is no “normal” Series S console. Instead, this limited-edition Xbox has been trapped in the Upside Down, with the design clearly reflecting that. The design is also reportedly inspired by cassette players of the 1980s, as well as being twisted and corrupted by the Upside Down. Each console is also stored securely for decontamination in a special hazmat container.

It’s currently unknown if the Stranger Things inspired console will be available for purchase, or if these Series S consoles are only available as part of the upcoming competition. For further details, check out the latest Xbox Newswire post.

That custom console looks so clean!