Cyberpunk 2077 may only get one DLC expansion 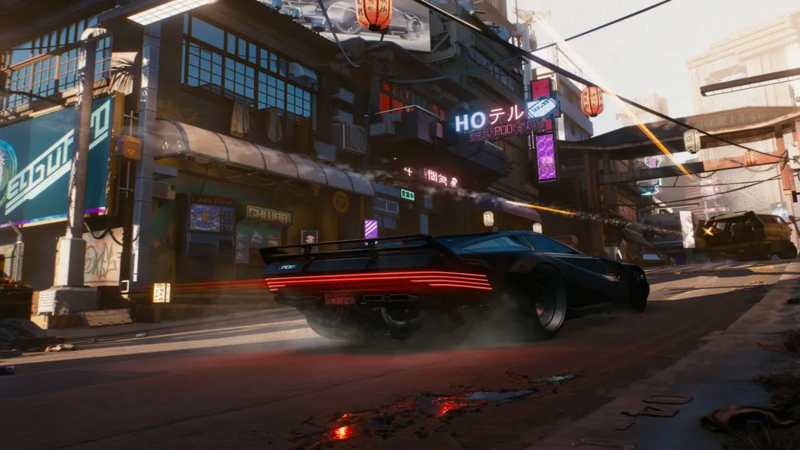 3.7
CD Projekt's CEO has seemingly confirmed that Cyberpunk 2077's forthcoming expansion will be its only one.

Speaking in a financial Q&A session earlier this week, CD Projekt CEO Adam Kiciński was asked about future projects using the in-house Red Engine, after The Witcher 4 was revealed to be ditching it for the Unreal Engine 5. "Cyberpunk expansion is the last project based on the Red Engine," Kiciński said. "Any further product will be on Unreal."

This is seemingly confirmation that Cyberpunk 2077's upcoming story-driven DLC expansion will be the only one of its kind, and the game won't receive any further story content after that. This would be unlike The Witcher 3, which received two expansions - Hearts of Stone and Blood and Wine - in the years after it first launched.

We've contacted CD Projekt for confirmation of Cyberpunk 2077's expansion plans, and will update this piece accordingly with any new information.

CD Projekt formally announced the expansion late last year in 2021. Ever since then, we've got periodic updates on development progress surrounding the expansion. CD Projekt reassured fans it was still working on the expansion earlier this year in March, for example, and the company gave a release window of 2023 for the expansion the following month.

In fact, the majority of Cyberpunk 2077's development staff are now working on the expansion. Earlier this week during the same financial results, Kiciński revealed that while there is still a team of developers working hard to improve Cyberpunk 2077 and eliminate its bugs, the vast majority of staff are working on the DLC. This was alongside the reveal that The Witcher 4 has entered pre-production, which is surely the next big project for CD Projekt Red after development of the Cyberpunk 2077 expansion has wrapped up.

"Cyberpunk 2077 may only get one DLC expansion" :: Login/Create an Account :: 5 comments

I'm very surpried they can cope with releasing a DLC,
coz the main game was a joke when they released

gonna pirate this whenever they stop updating it, feel bad for anyone who bought this mess

I thought at least they would do a couple DLCs at the most.

Just one? So lazy with release and over promise then cba to keep it alive. Not a good look

This game was so hyped before it came out and its a decent game but it just didn't do anything for me tbh. But DLC's are a must to keep the game alive but just one DLC is a bit lazy imo.