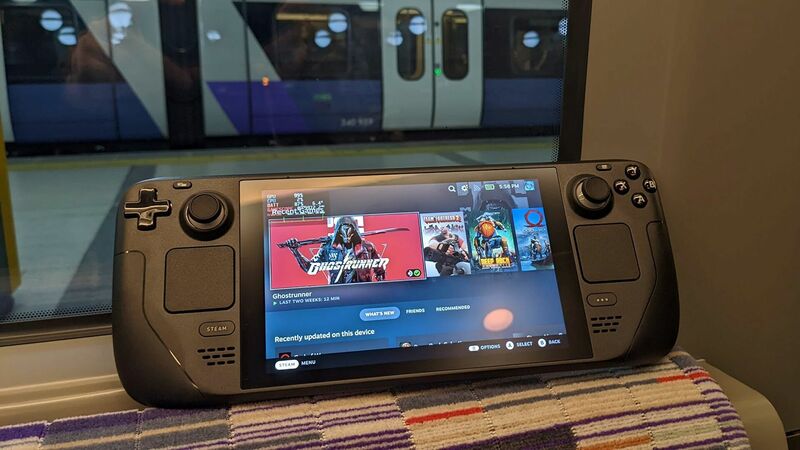 4.3
Valve has released a new update for both the SteamOS and Steam Client, bringing new features and options to the Steam Deck handheld PC. More specifically, the latest update includes the ability to control the fan curve via the OS, allowing for smarter and ostensibly quieter control of the device. There's also a new option to adjust the in-game refresh rate and Remote Play Together is now fully functional with the Steam Deck.

"This feature isn't actually part of the SteamOS 3.2 update (it's a Steam Client update), but it's still a big deal, and is also something that we shipped today," the update from Valve reads in part. "Remote Play Together (the feature that allows a friend to join your game remotely as if they are sitting on a couch next to you) is now completely functional on Steam Deck. This includes both hosting and joining Remote Play Together sessions."


You can check out the actual patch notes for the new SteamOS and Steam Client updates, straight from the source, below:

Steam Client
Remote Play Together is now completely functional on Steam Deck. Includes hosting and joining game sessions. Try out a supported game and open the Quick Access Menu to get started.
Added notification when the Steam Deck's SSD has less than 2GB of free space left
Improved performance of Night Shift keyboard theme
Added the ability to name controller layout commands
Added icons for gamepad and mouse commands shown on in-game virtual menus
Fixed being unable to connect to hidden wireless networks
Added time zone region for Saskatchewan
Added ability to close a window if the running application has more than one visible
Added ability to change accounts from the power menu

SteamOS 3.2
Added an OS-controlled fan curve to improve the experience in low usage scenarios, and adjusting how the fan responds to different scenarios and temperatures.

The old version of the fan curve is still available, and can be turned on in Settings > System
Added support for changing the in-game screen refresh rate. The refresh rate will automatically be adjusted to the desired option when going in and out of game.

There is a new slider in the Quick Access Menu > Performance tab that allows you to choose a screen refresh rate between 40-60Hz
The framerate limit slider values will update accordingly, and will include 1:1, 1:2, 1:4, or uncapped framerate options.
Fixed an issue with typing the € key using the Steam keyboard

Fixed PipeWire and Steam failing to elevate their thread priorities

Fixed the language dropdown in the Warframe launcher

Let's keep on releasing updates to improve the device

can't wait until these things aren't a headache to use