Battlefield 2042 Stops Supporting New Mode after Less Than a Year 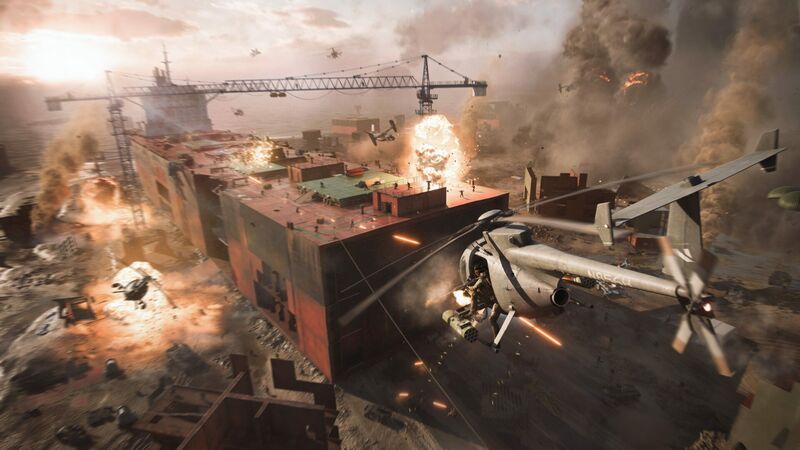 4
Battlefield 2042 is killing Hazard Zone before its first season of content has even begun. Hazard Zone was meant to fill the void of a battle royale in Battlefield 2042 without being a battle royale. It's more comparable to something like Escape from Tarkov, an extremely tactical game where the goal isn't to be the last man standing, but secure as much loot as you can and evac. Hazard Zone is a more casual version of this where players deploy onto 2042 maps and have to secure data drives around the map. In addition to other players, AI also give players a run for their money. To win, players have to reach one of several scheduled exfils, which usually results in utter chaos. It's fun, but ultimately, players have felt that it lacks depth to compete with other games or even the other modes within Battlefield 2042.

As such, DICE has confirmed that it will be ending support for Hazard Zone roughly half a year after releasing the game. This comes as DICE has begun outlining its plans for the game's first season of content. Ultimately, it seems Hazard Zone didn't retain players in the long term and didn't get the reception DICE wanted. In a blog post, DICE noted that Hazard Zone hasn't "found the right home in Battlefield 2042". Future maps will not support Hazard Zone and there will be no further updates to the mode, but DICE reassured fans who do enjoy it that it will remain part of the game, it just won't get any new content. DICE will instead redirect its resources and energy into modes that players are "engaging" with the most.

It's yet another crushing blow for DICE as they also recently killed Battlefield 2042's 128-player Breakthrough, one of the game's defining modes. Just prior to that, a leak suggested that microtransactions were planned for Battlefield 2042 at some point, but DICE hasn't indicated that it plans to actually implement them. Whether or not these setbacks will keep coming remains to be seen. It's hard to say whether this is good. It would've been great to see DICE make it a meaningful mode with more updates, but at the same time, if it doesn't feel like it's worthwhile, it's probably best to focus on the core multiplayer experience.

Because it's a load of crap I'm guessing