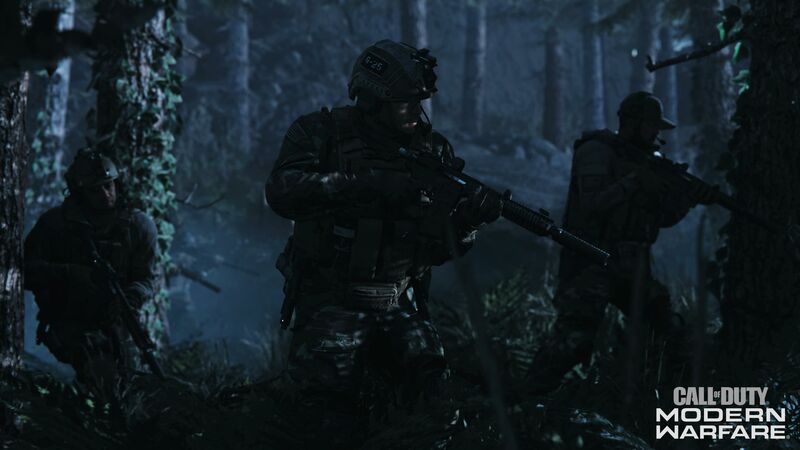 3
Map voting has been a fan favourite feature in past Call of Duty titles, but it looks like it could be absent from Modern Warfare 2 according to a leaker.

Call of Duty fans saw the return of map voting in Treyarch’s Black Ops Cold War after the feature was removed in Modern Warfare (2019). But to the disappointment of many, when Vanguard arrived at the end of last year, map voting had once again been removed.

Now it seems as though Infinity Ward will be sticking to their guns as a leaker claims that, currently, there appears to be no form of map voting present in Call of Duty: Modern Warfare 2.

Call of Duty leaker and insider, TheGhostOfHope, has attempted to lower fan expectations when it comes to Call of Duty: Modern Warfare 2, which is set to release later this year. According to Hope, fans shouldn’t expect map voting to be present in Infinity Ward’s next title.

Taking to Twitter, Hope said, “I would not expect Map Voting to be in MWII. Just putting it out there to temper expectations”. However, the leaker did go on to state that “stuff comes together closer to launch so it’s not completely off the table yet”.

Although it appears that map voting isn’t currently part of the plan for Modern Warfare 2, there’s the slight possibility that it could be added sometime before the end of development. But, considering the feature wasn’t present in the 2019 reboot, it’s highly likely that it won’t be returning for the sequel.

It has never been confirmed as to why map voting is only present in certain Call of Duty titles, but many speculate the decision is due to only the most popular maps repeatedly getting voted. Hope even pointed out in a reply to a follower that map voting has no effect on skill-based matchmaking, ruling out that being a possibility for the decision.

I would not expect Map Voting to be in MWII. Just putting it out there to temper expectations. Sometimes stuff comes together closer to launch so it's not completely off the table yet.

why not wait another year for a release ?

I miss that feature voting to skip a map :(

I don't understand why they feel the need to destroy everything that's loved.