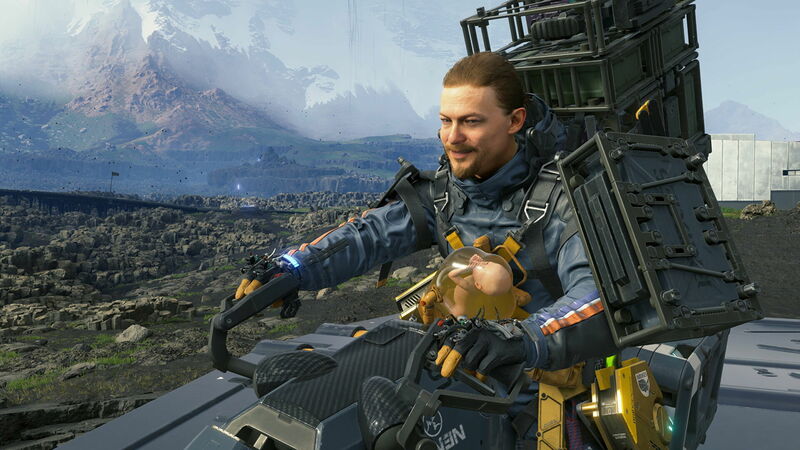 4
It looks like a new Death Stranding game is on the way as a follow-up to the first based on recent comments from actor Norman Reedus. The star who played Sam in the Hideo Kojima game recently participated in an interview with Leo Edit and casually said "we just started the second one" when asked about Death Stranding and other projects. Speculations about Kojima's next project(s) have been running for a while now, but no such sequel to Death Stranding or anything else has been announced by the creator yet.

The Leo Edit interview (via Nibel) at one point asked Reedus about the final season of Ride With Norman Reedus and other projects before talking about Reedus filming Death Stranding to which Reedus responded "We just started the second one." Several projects were mentioned in the question, so the response from Reedus could've been ambiguous, but after a follow-up question asking "how did that come about?" Reedus spoke only of Death Stranding to confirm that his "second one" comment was, in fact, in reference to the game.

Possibilities of a Death Stranding 2 – or whatever such a sequel may be called – have been floating around for a while now as people constantly examined Kojima's cryptic tweets looking for hints about what's to come. Reedus himself has suggested that a sequel might be in the works, too, by saying at one point that he believed there was a second one coming. Despite those presumed teasers appearing every now and then, the game developer and Kojima Productions overall have remained tightlipped on what they're working on next.

If there is indeed a second Death Stranding game in the works that's apparently just been started on, according to the comments from Reedus shared this month, perhaps we'll hear about it sooner rather than later. Summer Game Fest is coming up soon, and while Kojima Productions is not currently listed on the roster of studios that'll make appearances at that event, Kojima is a frequent guest of host Geoff Keighley, so it's not unthinkable to imagine we'd see a new game from Kojima talked about in the next few weeks even if it's not Death Stranding 2.

Death Stranding is currently available on the PlayStation 4 and PlayStation 5 as well as on the PC via Steam.

Glad to hear there is a sequel

lmao can't wait for more Dunkey videos on this