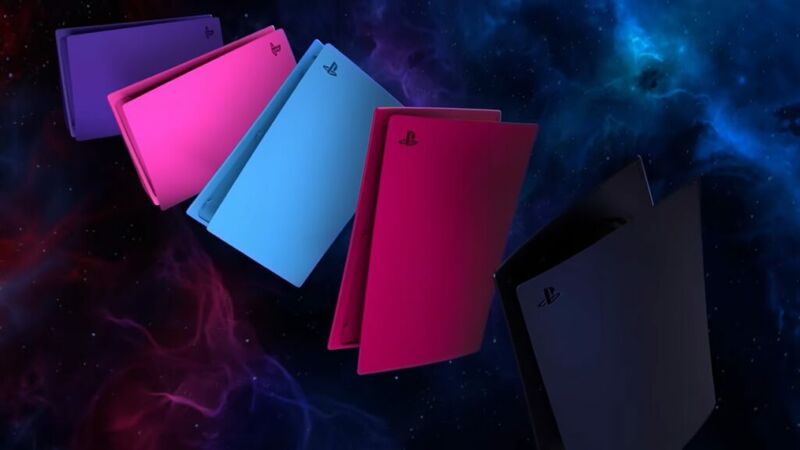 Starlight Blue, Galactic Purple and Nova Pink console covers will be available in selected regions beginning in June 2022, priced at $54.99 / £44.99.

Early access for players in the US, UK, France, Germany, Belgium, Netherlands and Luxembourg will be available via PlayStation Direct starting on June 17.

It emerged last week that Sony appears to have registered a new PS5 model in Japan.

The product was granted design certification by Japan’s Ministry of Internal Affairs and Communications, which ensures that radio and wireless communication equipment conforms to certain technical standards.

Sony said last week that it shipped 11.5 million PS5 consoles during its financial year ended in March 2022, missing out on its initial target of 14.8 million, which it said was due to parts shortages.

The company expects to sell 18 million PS5 consoles during its current fiscal year.

Not to bad of colors to pick from.

I'm hoping they release the pink with yellow poka dots

Where's the orange ones I want a orange controller as well

so glad I can get a gay PS5 now