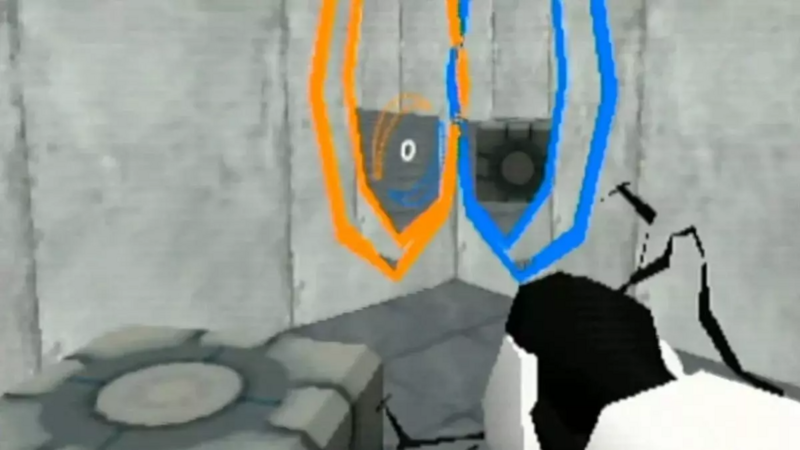 4.7
A Portal fan has demade the game for Nintendo 64, and it runs on the actual hardware.

While one Portal fan recently treated us to a glimpse of what Valve's beloved puzzle-platformer would look like if it were made using the modern technical might of Unreal Engine 5, another has given the game a retro make-over.

James Lambert shared a video of their Portal demake on their YouTube channel, and the result is sure to delight fans of gamers from yesteryear. This wonderfully nostalgic creation doesn't just look the part; it also runs on real N64 hardware. This latest video showcases the game's most important feature in action: the portal gun.

"In this update, I got the portal gun working with recursive portal rendering," reads the video's description. "I also made some huge strides behind the scenes on the game engine." And as you can see in the video below, the portals and the portal gun are working impressively well.

The project is still in development, and according to Lambert, "there's still a lot of polish to be done around these portals." One YouTube user commended them on the impressive feat saying, "I can't believe the N64 can actually run this". Lambert is also surprised by the performance of the aged hardware and nervous about how it will hold up as the project continues. "I was surprised how well it runs, too," says Lambert. "I'm hoping the performance doesn't fall off a cliff as the levels get more complex, though."

pretty cool. I want to try this someday

this is neat or whatever but why