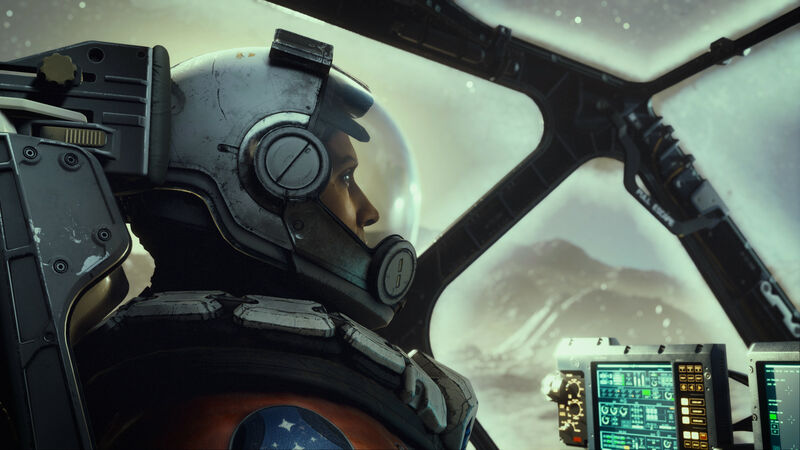 3.8
A new piece of art from Starfield has been unveiled by the team at Bethesda Game Studios. For well over a year now, Bethesda has continued to slowly reveal new pieces of info in relation to its next big game, although none of these unveils have yet resulted in seeing actual gameplay. Despite this, Bethesda has continued to tease new aspects of Starfield on a routine basis, this time around, by showing off some new concept art.

Revealed to coincide with National Space Day, Bethesda unleashed this new image from Starfield that shows a lone astronaut exploring a mysterious region. The character itself is accompanied by a floating robot of some sort, which might tease another companion character that could be in the game. Further details associated with this art couldn't really be seen, but the image was accompanied by a quote from the game's director, Todd Howard. "Coming to Starfield, everybody's starting over and saying, 'What would you want to do? What does going to space mean to you?'" Howard said in the quote. "And everybody comes back with the same one: 'I want to see what's out there.'"

You can find the image for yourself in the tweet below:

This #NationalSpaceDay, tell us - what does going to space mean to you? pic.twitter.com/fVSdveiFWT


As mentioned, even though it's cool to see this new art for Starfield, the thing that many fans have been looking forward to is gameplay from the title. Fortunately, it seems like that gameplay reveal should finally take place next month on June 12th at the Xbox & Bethesda Games Showcase. Even though Bethesda hasn't outright confirmed that Starfield footage will appear at this venue, it seems like a near-certainty that we'll get a deeper look at the project at that time.

In case you didn't already know, Starfield is poised to release at the end of this year and will launch on November 11, 2022. When it does arrive, it will be coming to both Xbox Series X and PC platforms.

All these reveals ffs! I just want November 11th to be here