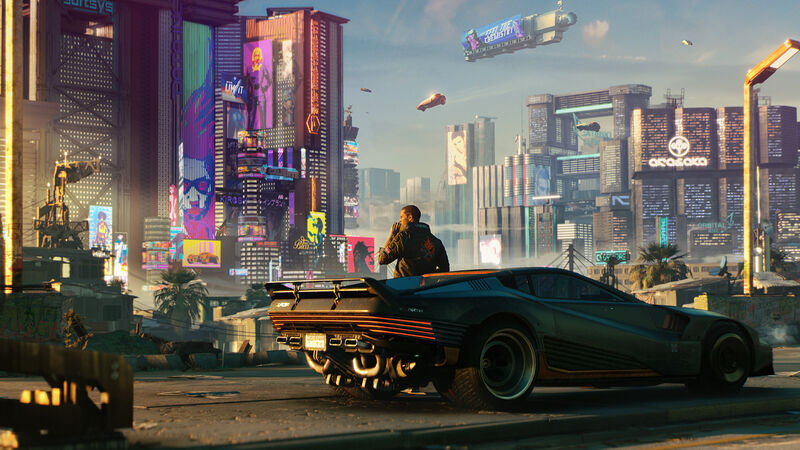 4
A Cyberpunk 2077 player has discovered a new secret that was added by CD Projekt Red after the game's launch. The secret in question is a self-deprecating secret and interestingly enough involves a nod to Harry Potter, or at least it seems to be a nod to Harry Potter. And if you played the game at launch, you'll know it's also a homage to an infamous bug.

When CD Projekt Red released Cyberpunk 2077 in 2020, it was not only a buggy mess, but it had severe technical issues and major design flaws. It was a hot mess. It's since been majorly improved, but the Internet will never forget. Nor will CD Projekt Red. And if they ever forget they have an easter egg in the game to remind them.

The easter egg is located in Wellsprings and involves a wall market as Platinum 69, which seems to be a reference to Platform 9 3/4 in Harry Potter, where characters run through the wall to get to the Hogwarts station. At launch, NPCs would cross the sidewalk and then run into the wall repeatedly. At some point after launch, CD Projekt Red painted the wall with Platinum 69 and a "hit here" sign. It's unclear when exactly this was added, but it was certainly not in the game at or around launch.

This is actually sick having Harry Potter references in the game and especially being able to run through the wall like on the movie.