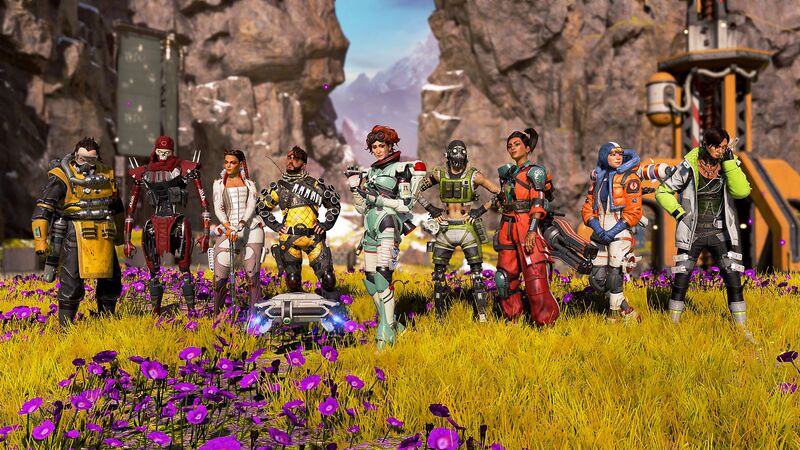 3.8
Macros have been a hot topic in Apex Legends for some time now. Providing players in the know with the ability to lower - or flat out remove - some of the input barriers to some of the game’s trickiest movement abilities. The use of macros walks the line between taking advantage of all the tools at your disposal and flat out cheating in the eyes of many in the community.

As such, we wanted to dive into the topic of Apex Legends macros and get to the bottom of whether it’s totally fair game, or a form of exploit just waiting for Respawn to stamp it out.

This topic recently get a new lease on life thanks to a popular post on the Apex Legends subreddit titled Why are macros being normalized?? In it, user armadillo_soup states their opinion that macros, alongside editing cfg files or adding scripts is cheating - full stop. Their post was inspired by the circulation of the aforementioned methods being shared widely via TikTok and Reddit as avenues for new movement techniques. Their opinion seems to have struck a chord, as the thread is full of like minded players mirroring their points with added gusto.

But before we dive into the pros vs the cons, let's elaborate on what the author means by ‘Macros’ in this context. Macros refer to a sequence of inputs that are programmed to be done in succession. They aren’t unique to Apex Legends by any means (hell, I used macros a bunch myself when farming mounts back in WoW), but whereas games like World of Warcraft have in-built macro support, Apex Legends players are diving into local PC files or Steam Big Picture to apply their own scripted sequences.

What this means is, after just a few minutes of looking up what you need to change, an Apex player with adequate know-how can alter their in-game inputs to perform certain movement techniques with a far greater success rate than if they were doing it macro-free. In a short video titled ‘macros in apex’, Youtuber OhDough breaks down the full extent of what’s possible in just over two minutes.

There are, as you can imagine, two sides in the ongoing argument around the fairness of macros. On one hand, you’ve got those firmly against the use of macros altogether, who claim they’re inherently unfair as only a portion of the Apex Legends’ player base are able to make use of these macros. If you’re a console player with crossplay enabled and run into a PC player with edited cfg files, chances are you’ll not be able to pull off the same movement techniques they can. You’ll be slower and at a disadvantage. Sure, you could just turn off crossplay if this bugs you so much, but should someone really have to resort to that in the first place?

That being said, it’s not as if the use of macros is unknown to the Apex Legends team. The use of macros is explicitly banned in Apex Legends Global Series events in all its forms, alongside Strike Packs which also provide an unfair edge on the competition. So, it’s clear that when it comes to the peak of competitive play, the devs believe they’re no good. In addition, they have a history of removing certain movement techniques if they appear to provide an unfair advantage too. If they wanted to prevent players from using macros in regular Apex games, they surely would, right?

Well, it’s tricky. For one, it’s a tricky thing to stomp out completely. You could probably make it so that adjusting local files that affects gameplay is no longer on the table, but what about hardware with additional buttons and its own inbuilt macro capabilities. How do you ban someone with a fancy mouse or controller? If you can’t, what’s stopping players from just using those instead? What about rebinding keys in Steam Big Picture mode?

As such, we’re left in this strange limbo where macros are absolutely still lurking around in Apex, are incredibly disliked by the community, yet remain present regardless. Perhaps one day they’ll be squashed entirely, but for now they remain in this murky grey area between what’s permitted and what’s clearly out of line.

They should not have been released in the first place