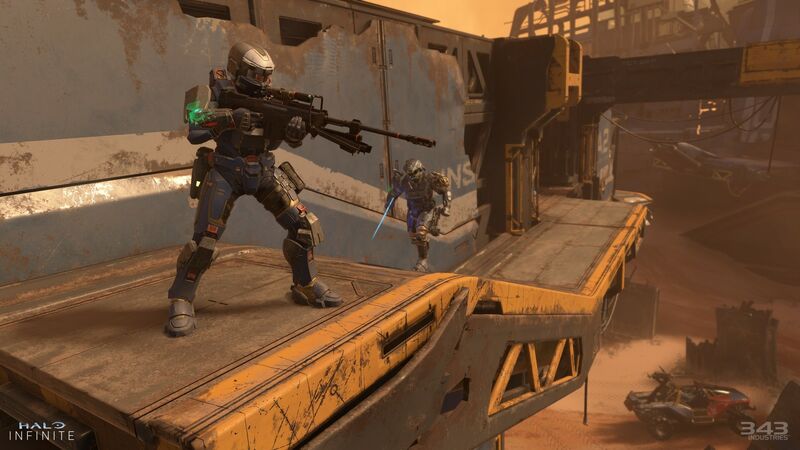 3.8
Despite taking place in a (mostly) open world, Halo Infinite doesn't feature a controllable Pelican dropship. Well, it's not supposed to, and the game's recent Season 2 update removed a glitch that was letting players take to the skies in the enormous vehicle.

Previously, the Pelican could be piloted by completing a fairly simple glitch, as you can see in the video below. All you had to do was call in a vehicle from any of the forward operating bases on Zeta Halo, wait for the Pelican to approach, and then use your grappleshot to launch yourself on top of it. From there, you had to enter the cockpit, exit the game, load back in, and then get into the Pelican located near your position. It wasn't equipped with weapons so it wasn't like it was a particularly useful tool unless you hadn't gotten other flying vehicles yet, but it was still a neat little trick.

The glitch, as reported by Reddit users, is no more. You'll have to just let the pilot fly you from one pre-selected destination to the next during the Halo Infinite campaign, but there are a few vehicles like the Wasp and Banshee that you can still fly. These, of course, also have weapons, and you can use them to soften up an enemy position before you drop in on foot and... finish the fight.

You actually could fly the Pelican in Halo 4's campaign near its conclusion. It features impressive firepower, though the UNSC typically uses the Pelican in order to deliver other battle-focused vehicles like tanks.

Halo Infinite's Season 2, dubbed Lone Wolves, is available now. The new season includes a battle pass, new modes like Last Spartan Standing, and new maps. It doesn't feature campaign co-op yet, but that is coming in August for network-based co-op, with Forge scheduled for Season 3 later this year.

They always ruin the fun of useful glitches